(PDP) Quotes to remember the wisdom of this Jewish teacher, theologian, and social activist.

Abraham Joshua Heschel (1907 - 1972) was a formidable Jewish teacher, theologian, and social activist. He was born into a Hasidic dynasty in Warsaw, Poland, and went on to earn a doctorate at the University of Berlin. Heschel left Nazi Germany for the United States where in 1940 he joined the faculty of Hebrew Union College in Cincinnati, Ohio, followed by a move to the Jewish Theological Seminary in New York, where he was a Professor of Ethics and Mysticism until his death.

Heschel's vision of Judaism is filled with energy, holiness, and creativity. His great theme is the sanctification of life and this is spelled out in his books Man Is Not Alone/God in Search of Man, A Passion for Truth, and a collection of his writings edited by his daughter Moral Grandeur and Spiritual Audacity. His most popular work was The Sabbath where he calls the day of rest, a "palace in time."

Heschel took his mysticism to the streets and marched with civil rights leader Dr. Martin Luther King, Jr. (pictured below). Describing one march, he wrote: "For many of us the march from Selma to Montgomery was both protest and prayer. Legs are not lips, and walking is not kneeling. And yet our legs uttered songs. Even without words, our march was worship. I felt my legs were praying." 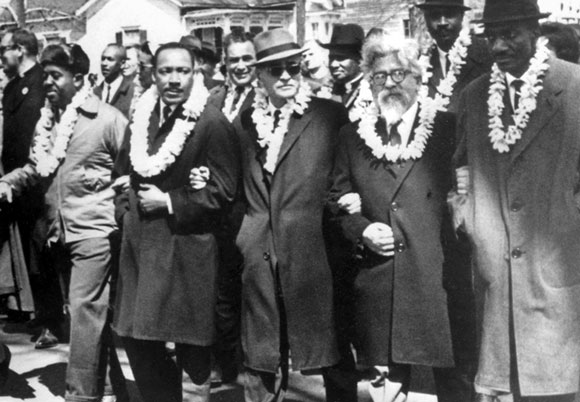 To celebrate Abraham Joshua Heschel's birthday, take one of these brief quotations and make it your mantra for the day: 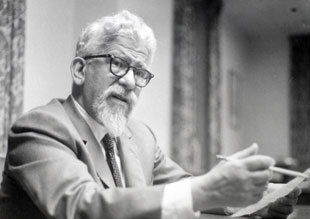