Two philosophical gems to ponder from the French writer.

Albert Camus, born in Algeria, was a literary philosopher and man of action. He won the Nobel Prize for literature in 1957. In his plays, fiction, and essays he tried to work out an honest, humane, and persistent vision of life. Camus was active in the French Resistance Movement during the German occupation in World War II.

Up against the inhumanity and barbarism of the twentieth century, this writer eloquently spoke out for the spirit of liberty, the validity of reason, the value of conscience, and the art of being present in the world. Camus was against all forms of totalitarianism, the death penalty, and what he called "the need to be right — the sign of the vulgar mind."

Albert Camus died in an automobile crash in 1960.

Ponder and digest two of his philosophical gems: 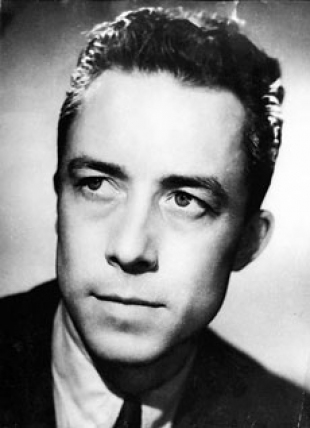