(PDP) A tribute to the courageous woman whose nonviolent act sparked the Montgomery bus boycott.

In 1999, Time magazine named Rosa Parks (1913–2005) one of the 20 most influential Americans of the twentieth century. In the summer of 1955, this African-American woman, who was a member of NAACP, took a two-week seminar at an interracial grass roots leadership school for adults where she learned about racist tactics and approaches to desegregation.

As a seamstress, she took a bus to work, sitting in the "colored" section. On December 1, 1955, the driver ordered black passengers to stand after the seats in the white section filled up. Parks refused, and the driver called the police.

Her refusal to obey the humiliating Jim Crow policy about deferring to whites on a bus resulted in her arrest and resulted in a 381-day Montgomery bus boycott, a protest against the policy of racial segregation on the city's public transit system. Parks's courageous nonviolent act inspired others to join the fight against segregation. It also served to galvanize the Civil Rights Movement and the leadership abilities of Dr. Martin Luther King, Jr.

Parks and her husband then moved to Detroit where they continued to be harassed by hate mail and death threats. She worked with the NAACP, spoke out in favor the Black Power Movement, and spent her time and energy educating and empowering youth to strive for equality.

Parks received many awards, including the NAACP's 1979 Spingam Medal and the Presidential Medal of Freedom. After her death, her body lay in the Capitol Rotunda. In addition, she was the first black woman to have a statue of her placed in the National Statuary Hall in the Capitol.

Rosa Parks spoke often about how she wanted herself and others of her race to be treated. Read these quotes with that intention in mind.

There are many ways to evaluate a life. We may chronicle family connections, track key events, and note turning point actions. But sometimes a legacy is best expressed by what the person inspires us to be. These two book excerpts, while not specifically about Rosa Parks, point to qualities she exemplified. As you read them, look for how you can apply these spiritual values to your own life.

"Indications of spiritual freedom that I have learned to trust include
an increased sense of inner peace, a reduction of fear and anxiety,

an openness of heart and mind, an increase of kindness and compassion, a willingness to risk loving without attachment, a commitment to truth, authenticity, and responsibility, and an acceptance of human frailties."

— Frances Vaughan in Shadows of the Sacred

"Keep fresh before me
The moments of my high resolve.

"Despite the dullness and barrenness of the days that pass, if I search with due diligence, I can always find a deposit left by some former radiance. But I had forgotten. At the time it was full-orbed, glorious and resplendent. I was sure that I would never forget. In the moment of its fullness, I was sure that it would illumine my path for the rest of my journey. I had forgotten how easy it is to forget.

"There was no intent to betray what seemed so sure at the time. My response was whole, clean, authentic. But little by little, there crept into my life the dust and grit of the journey. Details, lower-level demands, all kinds of crosscurrents — nothing momentous, nothing overwhelming, nothing flagrant — just wear and tear. If there has been some direct challenge — a clear-cut issue — I would have fought it to the end, and beyond.

"In the quietness of this place, surrounded by the all-pervading Presence of God, my heart whispers: Keep fresh before me the moments of my High Resolve, that in fair weather or in foul, in good times or tempests, in the days when the darkness and the foe are nameless or familiar, I may not forget that my life is committed.

"Keep fresh before me
The moments of my high resolve."

— Howard Thurman in Meditations of the Heart 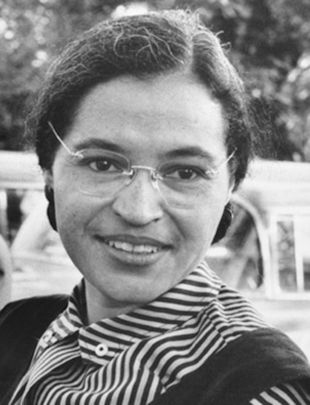