(PDP) Remembering Dred Scott's quest for freedom and its reverberations over centuries.

In 1847, Dred Scott — an enslaved person whose master had died — filed a lawsuit stating that because they lived in a free territory, he and his wife Harriet should be free. With moral and financial support from friends, the Scotts suffered through ten years of many reversals in state and circuit courts. Finally, on March 6, 1857, Dred Scott v. Sandford made it to the Supreme Court.

Unfortunately, the Court was stacked against the case: Seven of the Justices had been appointed by pro-slavery presidents. Chief Justice Roger B. Taney delivered the majority opinion that African Americans were not citizens and therefore could not sue. He went further to declare that Congress did not have the power to outlaw slavery in any territory, making the Missouri Compromise of 1820 unconstitutional.

This decision inflamed tensions between Southerners, who generally considered it good news, and Northerners, who were for the most part outraged. Those tensions would lead to years of Civil War. African-Americans, who had been citizens and voted in several states, were horrified by Taney's claim that since the nation's founding they had been considered "beings of an inferior order" with "no rights which the white man was bound to respect." Fugitive slaves in the North started seeking refuge in Canada and even as far away as the Caribbean and Africa.

Meanwhile, Dred Scott was released from slavery on May 26, 1857, not long after the court decision. Sadly, he contracted tuberculosis and died in September 1858; he was survived by his wife Harriet and their two daughters. In 1789, the 13th and 14th Amendments to the Constitution overturned the Dred Scott decision.

"Your national ship is rotten and sinking, why not leave it?"
— Mary Ann Shadd Cary, a free African American who led an emigration movement to Canada

" 'A house divided against itself cannot stand.' I believe this government cannot endure, permanently, half slave and half free. I do not expect the Union to be dissolved; I do not expect the house to fall; but I do expect it will cease to be divided. It will become all one thing, or all the other. Either the opponents of slavery will arrest the further spread of it and place it where the public mind shall rest in the belief that it is in the course of ultimate extinction, or its advocates will push it forward till it shall become alike lawful in all the states, old as well as new, North as well as South."
— Abraham Lincoln at the Illinois Republican convention in Springfield, Illinois on June 16, 1858, warning that the Dred Scott decision would eventually force the legalization of slavery throughout the United States

"Apologizing to the Scotts for the Dred Scott decision is like bringing a Band-Aid to an amputation. It's right and necessary to apologize, but what's important now is what actions we can all take."
— from Kate Taney Billingsley's play, "A Man of His Time"

At the time of the Dred Scott decision, a writer for the Cincinnati Freeman asked, "What security have the Germans and the Irish that their children will not, within a hundred years, be reduced to slavery in this land of their adoption?" Bring this quote into the present. How do laws that restrict the freedom and rights of other human beings also endanger you, your loved ones, your ethnic group, and all of us?

On March 6, 2017, the 160th anniversary of the Dred Scott ruling, Charles Taney, a descendent of Chief Justice Taney, apologized to Scott's great-great-granddaughter at the foot of a statue of Roger Taney that has stood on the Maryland State House grounds in Annapolis since 1872. "The Scotts and the Taneys believe that Americans should learn from their history, not bury their history," they have said in a joint statement.

Today, think of one action you can take that furthers reconciliation for historical wrongs. It could be something as simple as giving a contribution to a scholarship fund for students from a historically disenfranchised community; as personal as steps to resolve an argument rooted in your past; or as creative as writing a play that explores the nature of generational guilt, as did Kate Taney Billingsley, another of Chief Justice Taney's descendants. 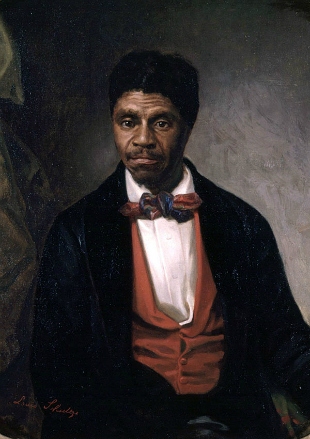