(PDP) A day to recognize those who have championed the public’s right to know and to reinforce that right in our own lives.

FOIA was conceived by John Moss, a Democrat elected to Congress in 1952 during the heightened secrecy of the Cold War. He believed that "The present trend toward government secrecy could end in a dictatorship. The more information that is made available, the greater will be the nation’s security." After more than a decade of effort to make government more open, he rallied enough support to pass FOIA. On July 4, 1966, President Lyndon B. Johnson signed the act into law, despite his reservations about its potential to limit the efficiency of communication between government officials. In its favor, he said, "A democracy works best when the people have all the information that the security of the Nation permits. No one should be able to pull curtains of secrecy around decisions which can be revealed without injury to the public interest."

According to the Freedom of Information Act website, the act "generally provides that any person has the right to request access to federal agency records or information except to the extent the records are protected from disclosure by any of nine exemptions contained in the law or by one of three special law enforcement record exclusions." (See the FOIA website for details of the exemptions and exclusions.) FOIA has allowed people to expose various kinds of government misconduct, including wasteful spending in recovery efforts after Hurricane Katrina, the crash of a B-52 bomber carrying a hydrogen bomb in 1961 (it just barely escaped detonation), and — over a five-decade span — the FBI's surveillance of dozens of well-known African American writers.

From the following quotes, you can see that freedom of information is an international concern. As you read them, give thanks for the right to information you do have, and recommit to availing yourself of that right for the benefit of all.

“The right to know is the right to live.”
— Aruna Roy, Indian political and social activist

“I believe that a guarantee of public access to government information is indispensable in the long run for any democratic society…. if officials make public only what they want citizens to know, then publicity becomes a sham and accountability meaningless.”
— Sissela Bok, Swedish philosopher

"The basic purpose of FOIA is to ensure an informed citizenry, vital to the functioning of a democratic society, needed to check against corruption and to hold the governors accountable to the governed."
— United States Supreme Court in NLRB v. Robbins Tire Co.

“The overarching purpose of access to information legislation … is to facilitate democracy. It does so in two related ways. It helps to ensure first, that citizens have the information required to participate meaningfully in the democratic process, and secondly, that politicians and bureaucrats remain accountable to the citizenry.”
— Gerard LaForest, Supreme Court Justice of Canada in Dagg vs. Canada

“Democracy Dies in Darkness.”
— Motto of The Washington Post, adopted in 2017

On Freedom of Information Day, the American Library Association gives awards "to recognize those individuals or groups that have championed, protected, and promoted public access to government information and the public’s right to know." If you were giving such an award today, to whom would you give it? What is it about them that inspires you? Reflect on one thing you can do to emulate their intent to be informed and to keep others informed. 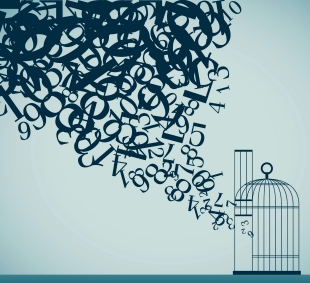