By Heather Lenz
A celebration of resilience as a high note in the life and art of Yayoi Kusama.

Director Heather Lenz has fashioned a playful and endearing documentary about the unconventional life and artistic works of the legendary Japanese painter and sculptor Yayoi Kusama. During a career which has been filled with controversy and a roller-coaster ride of thrills and chills, this artist has persevered. She is currently one of the most successful artists in the world. 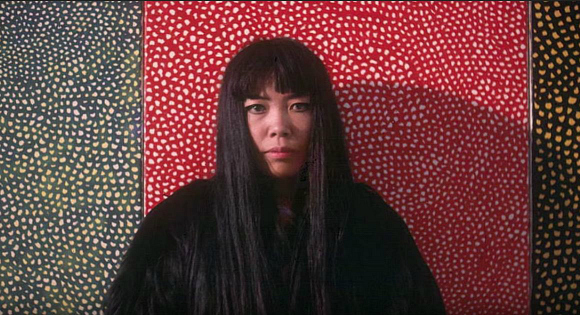 Born into a wealthy family in Matsumoto City, Japan, Kusama started painting at an early age but was unhinged by her parent's disapproval of this career path. She started having hallucinations which she attributed to her mother's abusive treatment of her. After finishing art school in Japan, she came to the United States and used her creativity and energy to make her mark in the hectic and competitive art scene.

Although receiving the blessings and encouragement of artists such as Donald Judd and Joseph Cornell, she felt the sting of sexism in the art world where male painters and sculptors received all the breaks and accolades. Known as the "polka dot" painter, Kusama expanded her art during the 1960s and put together "happenings" using a mix of different artistic mediums, nudity, and shock tactics. These performances brought her notoriety but not the respect she was seeking. 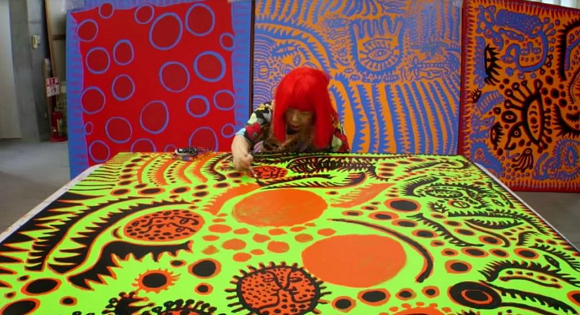 Kusama returned to Japan in the 1970s but by now she was isolated and ignored. In 1976, she was so depressed and physically depleted that she voluntarily checked herself to a hospital for the mentally ill. Having tried to commit suicide twice before, she decided to make this place her home. She set up a studio not far away and resumed her creative expression.

Lenz does a commendable job detailing the oddities, mysteries, and surprises in Kusama's idiosyncratic life, including her brief encounter with Georgia O'Keefe via a letter when the young Japanese artist was looking for encouragement to come to America; the time she had paintings delivered to the Sidney Janis Gallery only to have them refused because no one had asked her to send them; and her couch-like "Accumulation" sculpture covered with protuberances that plenty of people wanted to sit on but no one wanted to purchase from Richard Bellamy's Green Gallery. 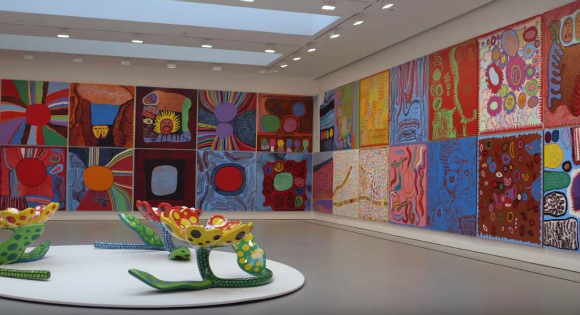 Perseverance pays off for Kusama who becomes Japan's representative at the Venice Biennale in 1992. Afterwards her signature "Infinity Mirror Rooms" captivate visitors from around the world who were willing to wait up to six hours to enter the galleries. Here is a documentary that ends on a high note of affirmation for an artist who refuses to give up or give in. Her resilience proves to be a spiritual gift that brings joy to many!