French artist Prune Nourry likes to seriously play. Her large scale art projects combine elements of bioethics and history with formidable artistic chops, but they also feature a keenly whimsical sense of humor and curiosity. With talent and education that could leave her sitting pretty in the realm of self-seriousness, Nourry continually refuses to stay somber, instead opting to infuse her creative explorations with infectious fun that expands the profundity of her works and invites everyone to come along for the ride. 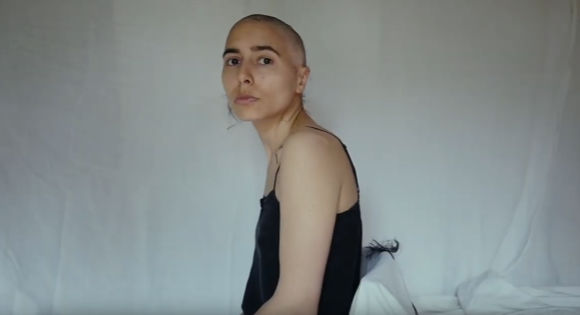 This penchant for pleasure in her profession was tested in 2016, when at the young age of 31, Nourry was diagnosed with breast cancer. In characteristic fashion, Nourry decided to make an artistic project out of her diagnosis, medical procedures, and recovery, the result being this documentary Serendipity. Like most facets of Nourry’s creations, the film’s title has at least two, if not two hundred, possible interpretations. If the definition of “serendipity” is “the occurrence and development of events by chance in a happy or beneficial way,” Nourry clearly has found a way to make proverbial lemonade out of lemons, squeezing her life-altering ailment for all the imaginative juice she can muster.

Serendipity is more meditation than movie, steering clear of the simple or straightforward and instead acting as a sort of sacred travelogue through Nourry’s past career, current predicament, and future possibilities. Many of the images and much of the narration comes in fits and starts, snippets of poetic rumination coupled with portraits of a body and spirit in pain but far from despair. As archival footage of sculptural-performance works like 2009’s Procreative Dinners, 2011’s Spermbar, 2010’s Holy Daughter, and 2016’s Imbalance and Terracotta Daughters are butted up against Nourry’s meetings with doctors, chemotherapy treatments, preparation for surgery, and exploration of fear, Serendipity becomes a celebration of an artist who has oddly prepared herself for this kind of chance brush with death by simply staying continuously curious about life. It’s an inspiring spiritual experience, one that defies definition but sinks deep into the onlooker’s bones, like a good prayer, a good meal, or good art. 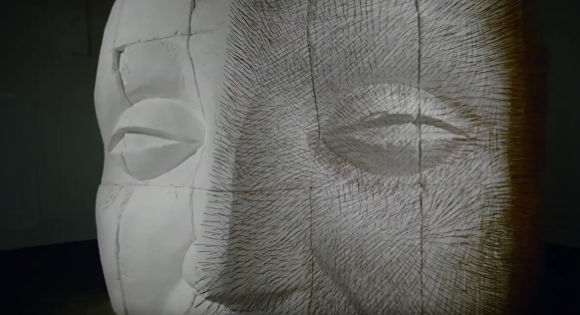 Nourry certainly likes to amuse herself and others, but what grows increasingly disarming and underlines the powerfully profound dimension of her work is the transparent sincerity on display as she battles to save her body. By offering glimpses of her art without much commentary or guideposts, Nourry invites her audience to engage their own imaginations, to give in to the disruptive generativity of unexplained connections, and to draw out more questions than conclusions. This approach seems a more honest exploration of the disorienting realities of illness than any clear-cut treatment. As Nourry wavers between playful and sorrowful, hidden depths of her own personality, her artwork, and the universal creative power of human resiliency reveal themselves. Images of her seeking connection with friends and colleagues to help her to heal and to hone her craft add a communal dimension that celebrates the necessity of supportive networks, in art and in life.

Serendipity’s strange brew of philosophical flights of fancy will confound some, especially the non-curious. It’s a gentle challenge to be as inquisitive as Nourry, to be as focused on creation in the face of destruction as she is, and to reach out for connection to others when illness threatens to alienate. Nourry’s work, within herself and in public, seeks to inspire honesty and healing, a combination not always easily digested in a continually ill, fractured world. Audiences would do well to give in to her personal vision and allow it to nudge them toward serendipitous possibilities they didn’t know they needed.