Beyond the Visible: Hilma af Klint

By Halina Dyrschka
An eye-opening account of a radical artist and her inexplicable absence from art history.

Beyond the Visible: Hilma af Klint can be streamed from theaters through Kino Marquee.

After decades of obscurity, Swedish painter Hilma af Klint has recently become a kind of art world celebrity, attracting posthumous attention from experts and audiences, all of whom have flocked to exhibitions of her work with salivating fervor. This adoring uproar would probably come as a shock to af Klint, a woman who spent the majority of her life in the shadows, approaching her painting as a focused spiritual imperative, never taking credit for her art’s truly earth-shaking power and rarely getting more than fleeting interest from anyone else during her lifetime.

Now on the heels of a record-setting six-month engagement at New York City’s Guggenheim Museum, Beyond the Visible - Hilma af Klint, German filmmaker Halina Dyrschka’s feature debut, aims to secure af Klint’s spot in the pantheon of radical art visionaries. From the outset, Dyrschka minces no words. Her film’s singular mission is to unveil not only the remarkable revelations that af Klint pursued in her stunning, light-filled art, but also to take to task the market shortsightedness and misogynistic hurdles that have kept these revelations shrouded in darkness until only recently, decades after af Klint’s death. 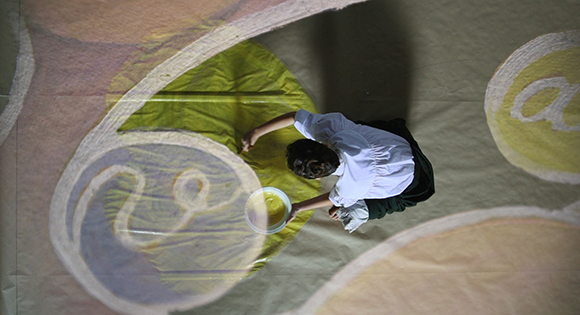 Utilizing intriguing interviews with academics, artists, a scientist, and some plucky af Klint relations, splicing in excerpts from af Klint’s journals and graceful recreations of some of her most awe-inspiring works, Dyrschka builds af Klint’s troubling story from youth to death. Along the way, the film’s enthusiastic talking heads offer abundantly maddening musings on how dismissed af Klint was by those who should have been encouraging and championing her.

In a way, Beyond the Visible acts most ardently as a forensic investigation. It digs deep into the past, pointing an accusing finger at the powerful, mostly male, people who could have pushed her undeniably unique art into the spotlight, but instead chose most often to ignore, and in at least one instance, actively discourage her. 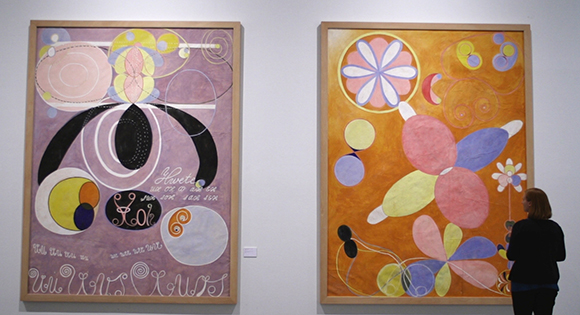 This uncovering of the art world’s myopia would be enough to keep viewers’ mouths agape, but Beyond the Visible is also a staggering spiritual experience, especially when af Klint’s own words and images take center stage. Inspired in equal measure by spirituality and science, af Klint was a trailblazer, believing her creative bursts to be actual moments of communion with a divine realm beyond our own. Through her relationship with theosophy and spiritualism, as well as a stint with a group of other searching women who called themselves “The 5,” af Klint lived a life of relentless seeking. Her devotion to the visions she felt were being channeled through her art is undeniably inspiring.

With Dyrschka intent on establishing af Klint as a wronged pioneer, Beyond the Visible sometimes veers into feeling like an overeager advertisement for af Klint’s genius. But the most striking and lasting aspects of the film lie in its celebration of this woman’s dynamic faith, an existence so intent on exegeting authentic spiritual experience that she didn’t get bogged down in the problematic shortcomings of the society and culture that refused to pay her any mind. 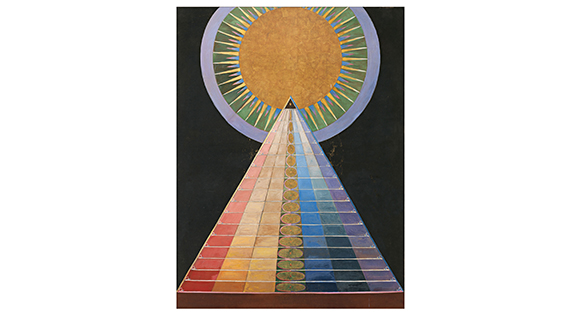 Af Klint was quite literally too focused on a higher plane to care much what those on the human plane thought of her and her work. The fact that we are paying attention now merely seems an afterthought to her grand vision, but one that it would behoove us to further pursue. af Klint might be gone, her spirit now beyond our visible realm, but she has left a roadmap for any who want to follow it, a guidebook of deeply affecting images that continuously point to the fact that an active, embodied spiritual journey is often more fulfilling than fixing oneself on any stationary “successful” destination.