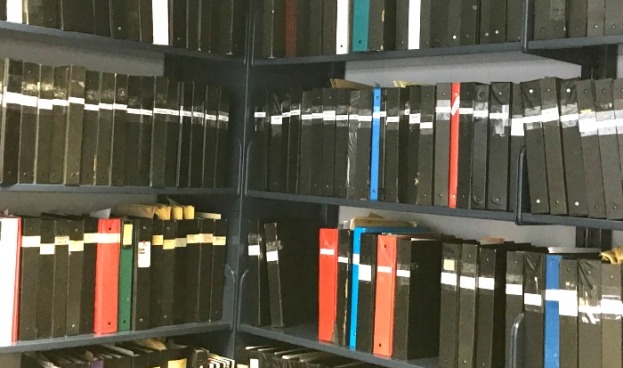 A Confluence of Time, Culture, Deaths, and Politics

I have been using black binders to store my writings, reviews, and quotations by others since 1969 when Mary Ann and I started Cultural Information Service, which morphed over the years into Living Room Learning, Values & Visions, and this website Spirituality & Practice.

Recently while gathering illustrative material for The Practicing Democracy Project, I marveled at the rich array of spiritual resources that lie hidden away in these reviews, essays, articles, and religious commentaries from yesteryear.

As I began paging through my binders, I realized the wealth of spiritual resources right here in my office, including many articles and reviews I've written that have not been transferred to the website. I had the impulse to share with you on a regular basis some of these creative and edifying writings from our archives and from a variety of contemporary magazines, websites, and blogs. And since I'm still reading widely and collecting articles, I'll be commenting on more recent pieces here too.

Revisiting Popular Culture
We have always given our attention to singling out the spiritual treasures hidden in popular culture. In the February 1975 issue of Cultural Information Service, we presented a six-page overview of "Popular Culture in the Round." A resource for our report was Handbook of American Popular Culture 3, edited by M. Thomas Inge (Greenwood Press, 1978). We wrote about it:

Popular culture is a swarm of ideas, intuitions, values, and meanings. The term refers to the intermedia network which surrounds us and the entertainment fads, fashion, and other artifacts of the culture.

Here is an invaluable resource for lifelong learners with eighteen chapters covering such topics as magic and magazines, medicine and the physician in modern culture, the fitness craze, pornography, and records and the recording industry.

Teen Suicides on the Rise
The June 1, 2018, edition of This Week included this alarming statistic. The number of American children and teens thinking about attempting suicide has increased dramatically over the past decade. Researchers at Vanderbilt University found that the proportion of young people treated at 49 major U.S. hospitals for suicidal thoughts or behaviors nearly doubled between 2008 and 2015. (TheWeek.com)

Schools Not Safe from Attack
Here's another alarming statistic. More people have been killed at American schools this year than have been killed while deployed in the U.S. military. (WashingtonPost.com)

Lack of Legislation Passed by the 115th Congress
The 115th Congress of the United States is averaging just over 10 pieces of legislation passed and signed by the President every month, and most of them are purely ceremonial. At the current pace, this Congress is on track to pass less legislation than any since the 32nd, which met from 1851-1853. (TheWeek.com)

A Commonplace Book is an annotated personal anthology. The curator gathers material that strikes his or her fancy – quotes, movie lines, lyrics, proverbs, jokes, personal experiences, etc. – often adding a commentary. The result can be a diary, a life review, an archive of practices, and a spiritual workshop. More