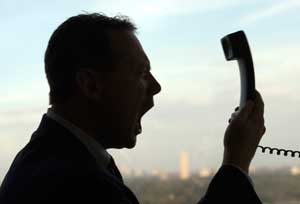 There seems to be no end to the incivility of our times. Reality television continues to emphasize the humiliation of people, drivers on the freeway are still aggressive and bad tempered, politicians shout each other down, cell-phone users act in public as if the whole world revolves around them, and online bullying shows the nasty behavior of youth. A while back, we presented the Sufi spiritual practice of adab as an antidote to the lack of respect and courtesy in society.

Another spiritual path offering an antidote is Confucianism, an ancient wisdom tradition based on the ideas and ideals of this Chinese philosopher. Confucius believed that our actions matter and they can lead to social harmony. Although he had high regard for duty, sincerity and propriety, his central virtue was Jen which has been translated as "human-heartedness."

This virtue gives us our humanity and is based on a respect for the dignity of human life. Jen also takes within its embrace the practice of filial piety. Since this spiritual teacher did not leave behind any written work, we can only assume that he wanted his disciples to make their own decisions about right and wrong in every situation. "What you yourself do not desire, do not do to others" is the cornerstone of Confucian ethics and it is interesting to see how it is similar to the Golden Rule. Everyday situations are an opportunity to work with the silver rule. The virtue of humility is that it keeps the personality in balance.


The Confucian virtue of Jen is celebrated by Dacher Keltner in his book Born to Be Good: The Science of a Meaningful Life. He sees this virtue as "a mixture of kindness, humanity, and respect that transpires between people." These qualities bring out the best in ourselves and others. The reverence and respect which begins in the home spreads to others such a friends, neighbors, and faraway strangers. Because the Confucian path puts personal relationships before anything else (including thinking, reasoning, and studying), it has great relevance to the widespread tears in the social fabric created by incivility.

Next Post: Three Cheers for Acts of Anonymous Kindness