In this sad and scary article on alternet.org, Allegra Kirkland charts the rise and expansion of "defensive architecture" which is being used as a security measure around government buildings, and shopping malls and other retail operations. The idea is to make it difficult for homeless people and other vagrants to inhabit public spaces.


Defensive architecture also targets teenagers, skate boarders, elders, pregnant women, and others who are denied places to rest. Tiny metal spikes that are placed on ledges, window sills, and fences make it impossible for someone to sit down. Benches by bus stops and in subway stations are designed with seat dividers so that it is impossible for someone to lie down. Cement cones and protrusions and other deterrents are placed to prevent people from congregating in doorways or sleeping near sidewalks and underpasses. Small metal flanges called pig's ears are aimed at deterring skateboarding kids.


Scientists have also come up with unpleasant noises such as an industrial soundtrack of motorcycle, jackhammer, and chainsaw noises to keep undesirables away from business establishments at certain times of day. In addition, "mosquito" devices with high-pitched tones which irritate youth have proven to be successful in crowd control efforts.


Many people complain that cities are becoming more uncivil every year, and this draws out the anger, impatience, and violence of urban dwellers. But these examples of defensive architecture are appalling. As Alex Andreu wrote in The Guardian: "Urban spaces are aggressively rejecting soft, human bodies. . . . By making the city less accepting of the human frame, we make it less welcoming to all humans. By making our environment more hostile, we will become more hostile within it."

Now is the time for spiritual people of all stripes to stand up and speak out against defensive architecture as promoting a culture of hostility instead of a much-needed urban culture of hospitality! 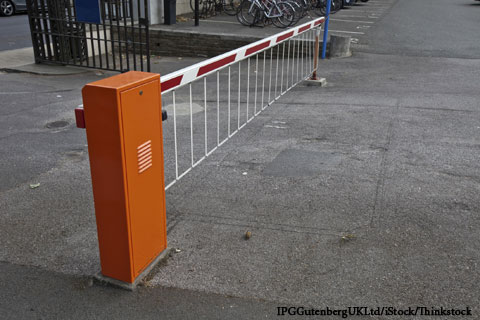 Next Post: Mortality Is a Hot Topic Around the World