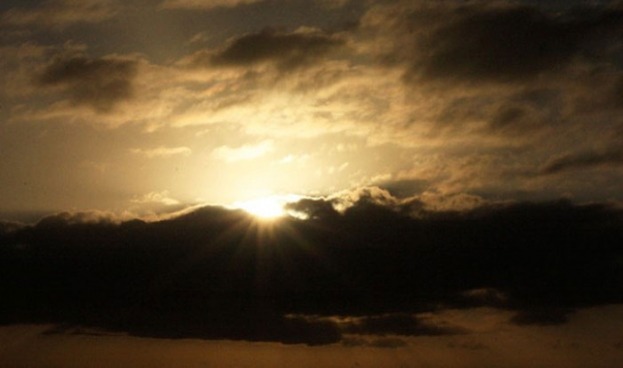 I am a Jew, by heritage and ethnicity. No one in my family is particularly religious; I don’t think any of us believe in God. We attend services for the two most important holidays, Rosh Hashanah (the Jewish new year) and Yom Kippur (the Day of Atonement), and celebrate a handful of others at home.

Regardless, at 13, I did become a Bat Mitzvah (literally ‘daughter of the commandments’), a traditional Jewish coming-of-age ceremony and initiation into the adult community. I enjoy the intellectual aspects of Judaism — Torah study, vigorous discussion — but, at its heart, Judaism, to me, is a singing tradition. Prayers set to a revolving cast of generations-old melodies are essential to the core of religious practice, both in temple and the everyday. From the raucous merriment of weddings to the peaceful solemnity of commemorating the dead, in Judaism, singing figures importantly into every aspect of life. At temple, a Hazzan, or Cantor, often with special training and a status near the Rabbi’s in importance, leads the congregation in frequent musical prayer. Although I am not particularly religious, or even very spiritual, singing has helped forge some of my strongest ties to the faith.

Musical prayer is intensely spiritual, regardless of the size of the group; in Judaism, singing can occur alone, in small groups, or in a large congregation and retain its spirituality. Such singing is like a wave — it carries thoughts, hopes, prayers out into the universe. The whole community sings, reaching out with one voice, wielding the innate power of song as a tool in its practice. I imagine a wide beam of sound shooting through the ceiling of the synagogue and hitting some celestial body right in the gut — making it pause, contemplate for a moment, to think, to be truly present. Part of the beauty of song is its fleetingness; it is an ephemeral moment of intensity and togetherness, almost impossible to quantify. It is fundamentally inclusive. When many voices join together, as cliché as it may sound, the whole is truly greater than the sum of its parts.

Ultimately, the beauty of song in Judaism lies far beyond pure aesthetics. Much of the fundamental beauty of singing is in its inherent communality. When I sing, I feel connected, spiritually, to the tangible community of fellow singers. In my hyper-intellectual, hyper-rational, hyper-empirical, hyper-practical world, it is often easy to dismiss spirituality as a baseless, useless vestige of a simpler time; a kumbaya-version of the primordial ooze. Community, however, in its most pure form, is arguably a spiritual connection, and a rare beast for that very reason. In fact, it’s easy to get caught up in the daily grind, ensconced in individual particularities and mired in the pragmatic present — single soldiers on a narrow track. Such relationships are all the more integral to personal and societal vitality. This is a singular intimacy, a basic human itch that rarely gets scratched. Thus, in song, we take time to acknowledge and celebrate honest interaction: spirituality, en masse.

Part of this jiggly mass of intangible community spirit is beyond the scope of traditional language. At my synagogue, we often start the service with a nigun, a uniquely Jewish wordless song, a familiar melody led by the cantor. The opening nigun focuses the communal energy onto the impending religious practice, and onto the presence of others around them, as the humming voices reverberate to the ceiling. Singing prayer offers this unique cover, a space to think while exercising your heart.

Probably my favorite Jewish song ever, and the most moving, is Thuma Mina, a South African prayer for deliverance that our cantor combined with a connected Jewish phrase, which my congregation sings twice a year at the High Holy Days. It appeared one year on our High Holy Days song sheets, and now I actually wait for it, excited, tingly because it is so wrenchingly beautiful. The actual lyrics of our prayer are Thuma mina, thuma mina, thuma mina, Somandla/Sh’ma koleinu, sh’ma koleinu, sh’ma kolein, Adonai. The first line, South African Xhosa, means “send me” or “lead me,” Almighty. The second line is Hebrew for “Hear our voice, Lord.” It employs the alchemical interplay of human voices, more than anything else, to achieve its beauty; the strains of singing overlap. Both lyrically and melodically spare, it is almost a prolonged chant: slow, methodical, relying on the natural energy of singing as a driver. At my temple, a small chorus first sings it, swaying, entranced, and then the whole congregation joins in. It is an incredible medley of voices, the prototypical joining of many into one. It wavers, trembling, as the voices bounce off each other, colliding in midair. It is a literal harmony, propelled by the soft force of human interaction.

The High Holy Days, or Days of Awe, emphasize the individual task of reconciling one’s self with God, both through analyzing the repercussions of our quotidian lives, and our smallness within the scope of the universe. In the strictest terms, this prayer seems to be opening up a dialogue with God during this yearly spring cleaning of sorts. In Thuma Mina, we ask God, together, for a private audience: a chance to make peace with others, and strengthen our relationship with the divine. I think part of the reason I am so moved by this piece, however, is that it is not entirely Jewish, strictly speaking, but rather universal, cosmic. It recognizes the ‘Lord’ in both Adonai and Somandla, harnessing the power of the larger divine for the all-important process of self-reflection.

Ultimately, singing, as I have experienced it in Judaism, is intensely spiritual: a rare communion with the divine. It grants relatively dry prayers new vitality. It joins collections of disparate believers (or doubters) into communities, complete with all of the attending strength and animation. Singing makes the intangible obvious, highlights its beauty and power for a second.

When she wrote this piece, Naomi Chasek-MacFoy was a senior attending Bard High School Early College. She enjoys reading, playing soccer, and sewing and lives in Brooklyn, New York.

The photograph is by Merrell Hatton.