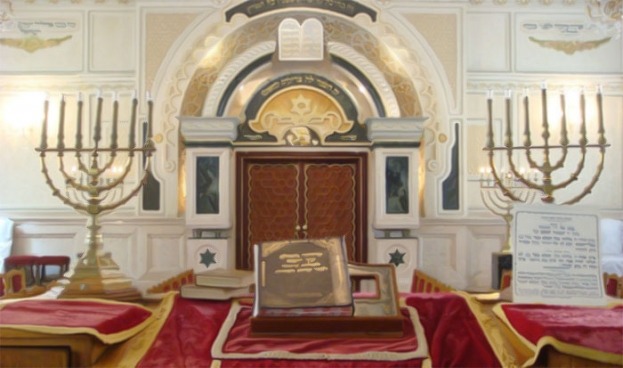 How Judaism Affects My Views and Values of Money

Posted by KidSpirit Online on December 18, 2017

I’ve spent a lot of time studying my religion and its values. My family is a member of the Conservative tradition of Judaism, which is usually thought of as the “in between” form of Judaism.

Judaism is a big part of my morals and daily life. I attend synagogue frequently and I study in a Jewish day school.

The Tanakh (the Hebrew Bible and the raw text that Judaism revolves around), teaches a lot about what to think of wealth and what to do with it. It mentions ideas about giving to those who are less fortunate and how to do so. In modern Judaism, these ideas have turned into the concept of tzedakah. Giving tzedakah usually refers to putting and collecting money in a “tzedakah box” and giving it to a charity. Since I was very young, my parents have encouraged me to participate in this tradition, and that’s the foundation of my other ideals about wealth that my parents have taught me.

My parents have contributed fundamentally to forming my ethics and values through religion. My father has taken classes at the Jewish Theological Seminary of New York, a well-known Jewish learning academy for adults, has a degree in Judaic studies, and has taught me the basic text and meanings of the Tanakh, which has influenced me to study the book on my own. My mother is knowledgeable about ethics embedded in the Tanakh, and has used those morals to raise me.

In terms of money, these lessons have made me view wealth as something that is insignificant compared to love and family. My mother’s father was a Lithuanian Jew who escaped from Europe before World War II, and he grew up in a poor family. He wasn’t very well educated, but he was knowledgeable in common sense, values, and had street smarts. He taught my mother the compassionate morals that she teaches me today. The lessons of generosity — sacrificing something of yours that’s more important to the person you’re giving it to than it is to you — are now significant in my daily life, and they are what my view of wealth and money revolve around.

My day-to-day life is strongly affected by my values. The usual optional reminders of putting change in a tip jar or giving money to a fundraiser are now instinctive thoughts to me, because I’ve been taught to feel that not a single day should go by without helping those in need of help. Whenever I get money, my initial thought is to give it to charity. A significant example of this is when I had my Bat Mitzvah and I was receiving checks worth hundreds of dollars. One of those checks was worth over a thousand dollars, and the first thing I said to my parents was “I want to give 600 dollars of this to charity.” When they asked why I wanted give up so much of the check, I responded “Because I can’t think of what I would want with all of this.” I said this because I don’t like to spend excessive amounts of money on expensive things like clothing or video games, and would only get things like those every now and then. After all, one of the many lessons I was taught by my family is “everything in moderation.”

Having studied the Tanakh, I’ve realized where some of these morals come from. Leviticus 23:22 states a commandment about how you should always leave the edges of the field and the dropped crop for the poor: “And when you reap the harvest of your land, you shall not reap all the way to the edges of your field,[…] you shall leave them for the poor.” This passage has always stuck with me and has formed some of my main ideals about money. It can easily be applied to the modern world and not just farming. When you have a lot of wealth, it’s important to remember that there are less fortunate people out there, and that not all the money should be spent on yourself, and some of it, even if it’s just a small amount, should be given to those who need it more. For example, instead of spending a few hundred more dollars on a new, fancy leather jacket for himself, a multi-multi-millionaire could use that small portion of their wealth to give to those who can’t even find a home. Like the edges of a field to a farmer, five hundred dollars doesn’t seem that significant to a multi-millionaire, but to the poor, it can buy those lots of food, or possibly pay off rent on an apartment. The money that could’ve been spent on a new frivolous piece of clothing could change a life instead.

Judaism has a lot to teach me about how to view and value money. From giving tzedakah to making sure I don’t spend all my money on myself, it has fully shaped my mindset. Being raised with such religious teachings and morals has taught me a much more generous and kindhearted way of looking at the value of money. Money shouldn’t be wasted, and I consider giving tzedakah to not be wasting money at all because, even if I’m not getting any prize in return, I get the gratifying feeling that I just helped somebody’s life. It doesn’t have to be a hundred dollars. It can just be one dollar in a charity box, and I feel that I have already achieved one of my biggest goals every day. I’m lucky enough to have all that I need, and luckier that I can have things I want, and I hope that a few dollars can help the poor feel that way, too.

When she wrote this piece, Mollie Griminger was a 13-year-old from New York attending Charles E. Smith Jewish Day School in Maryland. At the time, she loved learning about animals and planes. She also loves baseball, and is a huge New York Yankees and Washington Nationals fan.