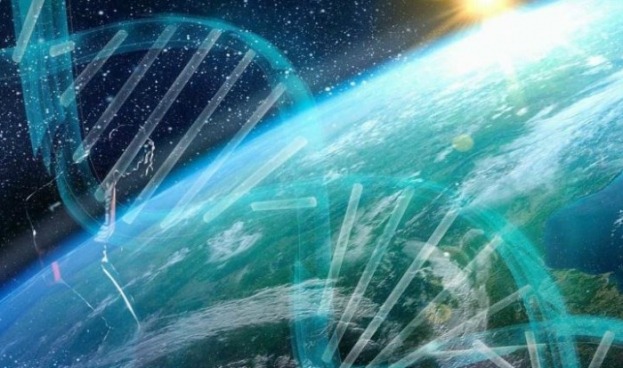 On Birth, Death, and Moonwalking

By Andrew Lu for KidSpirit's Mysteries of the Universe issue.

We all wonder about our origins, births, and deaths. We’ve all asked our parents questions about where we came from.

As a third culture kid (TCK) and international school student from Canada and China, I grew up among different versions of stories about my own origin. Not only is my own background religiously diverse, but I am surrounded by people from all over the world who follow many different traditions. The girl who sits next to me in French class is Catholic and she comes from India. The make-up artist for my theater production club comes from a Mormon background and she is fabulous at applying eyeliner. The lady who serves my lunch everyday wears a bracelet made out of prayer beads, and the Chinese-American girl who lives next door goes to church every Sunday. These people are wildly different. Their religious backgrounds may or may not have taught them to see the mysteries of our universe in a certain way, but they all have their own interpretations.

It is hard for some of us to believe that our births and lives are simply scientific, all designated by cells and DNA. We humans like to believe that our lives are more than just amino acids and chromosomes arranged to create diversity. We each fancy ourselves to be mysteries of the universe. Our births are complicated results of karma and our lives are preordained by the deities of different religions. There are many enigmas in this world, and different religions have different perspectives on and explanations for them. From my religiously diverse background, I’ve learned plenty about the mysteries of birth and death.

Let’s start with death. According to the research that I did in social studies class about Hinduism, many Hindus believe in the rebirth and reincarnation of souls. In the Hindu tradition, souls are immortal and imperishable. A soul is part of a jiva, the limited being, who is subject to the impurities of attachment, delusion, and laws of karma. Death is therefore not a great calamity, not an end of all, but a natural process in the existence of a jiva (being) as a separate entity, a resting period during which it recuperates, reassembles its resources, adjusts its course and returns again to the earth to continue its journey. I like the Hindu take on death and the afterlife. I like to think that I could be Michael Jackson’s reincarnation and that in some past life, I was a famous singer.

My grandfather and his family are Muslim. They believe that human existence continues after the physical demise of a human body in the form of spiritual resurrection. Although my family has lost many connections with our Muslim roots, I am still amazed by the beauty of the Muslim cemetery every time I visit my grandfather’s grave.

Growing up in China, there was also a huge Buddhist influence on me. Many of my family’s friends are Buddhist. They also believe in karma — if one is kind and loving in his or her life, one will attain happiness in paradise. One of my closest friends is Buddhist; she is vegetarian and cares greatly about everybody’s well-being. In Beijing, I’ve witnessed people purchasing pet turtles from stores and markets just to release them into a pond. If that doesn’t get you into divine paradise, I don’t know what will.

Every time I hear something touching or beautiful about a religion, I feel like I belong to it.

The dark mystery of death may be too depressing to discuss, so let’s move on to a happier subject: birth. My mother’s best friend in Canada is Christian. One freezing summer night, she took us to her church in Toronto to attend a presentation by a famous Chinese reverend. At first I was reluctant. Watching television at home sounded like a much better way to spend a Saturday night, but my mother did not agree with me. So I went to the church, planning on playing Doodle Jump on my phone to pass the hours. However, as the reverend began speaking about his life lessons and philosophies and referencing the Bible, I was fascinated and drawn to his stories. At the end of the presentation, I was ready to be baptized.

Although I did not become Christian that evening, I still learned a great lesson on birth and Christianity’s understanding of it. A new life is a creation, and the process of creating is the conception and birth of a baby. Jesus was conceived of the Holy Spirit and born of the Virgin Mary. The birth of Jesus marks the commencement of a new era in Christianity, and so does his crucifixion. After Jesus was buried, he rose again and was resurrected. In other words, Jesus was born, crucified, and then born again. The repeating births show the importance of birth in the Christian tradition.

To be honest, I have no idea what religion I belong to, but that shouldn’t matter because how I see the mysteries of our universe is up to me. I like many religions, but it’s hard to pick one that I can truly relate to. I know this makes me sound like a spoiled rich person in a luxury store, “shopping” for religious beliefs, but it is true. Every time I hear something touching or beautiful about a religion, I feel like I belong to it. I may not understand a great deal about religious studies or how different religions and faiths interpret the mysteries of birth and death. But I do understand that I am truly lucky to be born with what I have and that I wouldn’t want to waste a single day of my life before death.

Michael Jackson, if you were my past self and you are reading this from rock star heaven right now, please know that I am thankful for what you did in your life to make me deserve mine. Also, how did you do the moonwalk? It has always been a mystery to me.

Andrew Lu is from Beijing, China. When he wrote this piece, he was 14 years old and a freshman at the International School of Beijing. At the time, he enjoyed theater, music, reading, and writing.