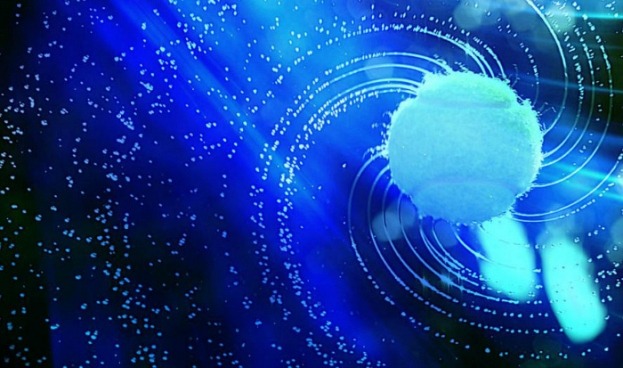 Why Are We Resilient?

Posted by KidSpirit Online on September 13, 2018

Landing on my high school’s junior varsity tennis team for the third time in a row was devastating.

After spending hours, even years, vying for a position on varsity while watching my sister rise up through the ranks and observing my peers compete in the official leagues, I was desperate to make the team. I am not usually superstitious, but I used to blow a wish on every eyelash that I found to help me get onto the team.

After getting rejected I wanted to quit. I stopped believing that I was good enough for any team — consistently failing to reach my goal for three years had to mean something. My coaches kept telling me that I had potential, but I wasn’t mentally confident in my game anymore.

After a while, though, I realized that only I could control how much this disappointment affected me. I could use the loss as motivation to work harder and come back stronger next year, or I could let it destroy my confidence. Despite my frustrations, I wasn’t ready to throw away three years of work towards my goals. After a few mental battles on the court, I pushed my limits in JV, acknowledging that I should make the most of the position I was in. When I accepted my initial disappointment, I was able to enjoy my season and come back stronger.

The key to overcoming defeat is resilience: the ability to recover from setbacks, adapt well to change, and continue on in the face of adversity. Resilience is the power to pick yourself up when it seems impossible, find a new path, and make the best of undesired circumstances. Our environment has a large influence on our mental and physical ability to handle hardships. We call this circumstantial resilience. Any additional strength we build is dependent on how willing we are to step out of our comfort zone.

We have limited control over the way our environment shapes our circumstantial resilience. We each face unique situations: it is difficult to compare the resilience of a child born on the street to that of an heir to a corporate empire. It is possible that a child who experiences a difficult childhood develops, by necessity, a greater ability to face and survive hardships.

Traumatic events like the loss of a loved one, divorce, abuse, or incarceration may provoke another kind of circumstantial resilience. In 2005, Hurricane Katrina killed 1,245 people and flooded 80% of New Orleans. Almost four-fifths of the population was evacuated and there was massive destruction of property. Yet the city survived, as its government and people came together and rebuilt the city and their lives. New Orleans bounced back, joining the 100 Resilient Cities program, designated to spread urban resilience, or the “capacity of individuals, communities, institutions, businesses, and systems within a city to survive, adapt, and grow no matter what kind of chronic stresses and acute shocks they experience.”

The ability to move on and adapt to new circumstances is a key factor of success — starting from the simple evolutionary concept of survival of the fittest. No one is born immune to all adversities and obstacles, but successful people have acclimated themselves to life’s challenges. We have persisted through climate change, war, strife, pollution, depression, illness, hurricanes, and tsunamis, and we continue to grow and progress.

While I was taking notes for my U..S history class the other day, I paused in the middle of a section about the civil rights movement in the 1960s. The African American struggle for justice was an especially meaningful example of resilience to me. African Americans, who have been fighting for their rights since slaves were first brought to this country in 1619, have persevered through countless setbacks. When Martin Luther King, Jr., and other leaders advocated for peaceful protests, they were repressed, even murdered. That defeat didn’t stop the community from standing up again. Why did they keep fighting? Because they knew they had more worth than what society gave to them.

The willpower of the African American movement inspired me to reconsider my perspective on the roadblocks in front of me. I realized that an obstacle is only as big as I make it. Not making the varsity tennis team may have seemed like the end of my high school athletic career at first, but once the shock settled in, I saw the obstacle as a new strength to develop.

Aligning my foot with the base line, I got ready to serve out the match and finish the season strong. I felt more proud of myself at this moment than I had ever felt in my tennis career, because I knew that my victory symbolized overcoming one of the most painful struggles of my high school experience. I had learned to believe in myself, to be resilient.

When she wrote this piece, Vanita Sharma was a junior at Ridgewood High School in New Jersey. She enjoys playing tennis, reading, taking pictures, learning about astronomy, and studying Latin. She loves writing short stories in her free time.