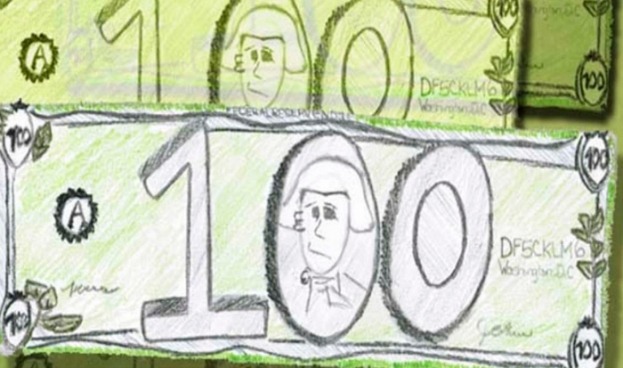 Posted by KidSpirit Online on November 28, 2018

True happiness is a volatile subject that many people debate. It is often defined as a type of feeling that a person enjoys from their heart. But can money “buy” this type of feeling? Some people might agree. Many billionaires might argue that money brings them true happiness, in the form of profits, sales, and innovations in technology. A scientist can make a new discovery that not only changes the public view of science, but gives them a profound sense of “happiness” and accomplishment. Are these instances of true happiness?

The Dalai Lama once said that, ultimately, “happiness and suffering depend on the mind and how the mind perceives through the five senses.” This quote implies that personal happiness depends on how an individual senses happiness. For example, if someone finds happiness in money, then personal happiness for them would be represented by money. In the same respect, if the individual senses suffering due to the loss of a family member, then personal suffering for them would be associated with death of a person. I personally feel that human beings naturally tend to look for happiness through pleasure or material gain. This “pleasure” is temporary as it only satisfies humans for a limited time.

Gandhi was known to have stated that there is enough for everyone’s need, but not for everyone’s greed. Due to desire for material pleasure, we consume the world’s natural resources relatively quickly. However, our desire for “temporary happiness” through material pleasures ultimately spells doom for our species in the future. The Earth only has enough natural resources to provide shelter for humanity. Unfortunately, beyond necessity, humans also desire more than their share of resources such as gold, silver, and diamonds.

Thousands of years ago, before the Egyptians, in a geographic location (near modern-day Iraq) called Mesopotamia, people carried out transactions by bartering and trading. The inhabitants had no concept of currency as a medium of exchange. They simply exchanged products for one another. It appears as if the barter system never promoted excessive greed and desire for money within people. The inhabitants used the natural resources to satisfy themselves, and never attempted to take excessive advantage of their surroundings. However, the Mesopotamians did conduct trade between several other empires, but it was only for satisfaction, not for greed. In modern times, nations fight unnecessary wars for excessive control over oil, gold, and diamonds. The Gulf Wars were such an example, where it could be argued that people’s lives were sacrificed for America’s craving for oil.

Money can’t buy true happiness, it only buys illusions of it. As humans, we have a tendency to shift towards money and material pleasure. By doing this we are only destroying our own civilization.

Only those who understand what true happiness means can reach “nirvana,” as Buddha would put it. We can achieve true happiness; all we would have to do is find something inside of us that promotes a “happy” feeling. But if we want to achieve “nirvana,” all material possessions have to be discarded. Possessions often cause feelings such as greed and lust to stir up within ourselves but these feelings are only temporary. Giving up all worldly possessions can allow us to achieve “nirvana,” because then we would be free from focusing on feelings such as greed. We would be able to focus on ourselves, specifically, our spirit. For some people, reaching nirvana means achieving true happiness. Are nirvana and true happiness one concept, rather than two different feelings?

While there are questions I can’t answer, I do know that true happiness is not a piece of clothing. It is not an expensive car. It doesn’t have a price tag attached to it. True happiness is something that we find in ourselves, as humans.

Sidarth Jayadev, a native of San Jose, CA, was a freshman at the Bronx High School of Science in New York City when he wrote this article. As a child, he was always passionate about physics and music. Sidarth’s interest in astrophysics started as a 7-year-old, when he visited the Jet Propulsion Laboratory in Pasadena, CA. Since then, his love for physics has grown tremendously. Sidarth is also a composition major in the Pre-College Program at Juilliard School of Music. He has won national-level composition competitions in the past year, such as the ASCAP Young Composers’ Competition, the New York Art Ensemble, and the Webster University Composition Competition. An avid follower of astrophysicist Neil deGrasse Tyson, Sidarth often listens to his PBS (NOVA) shows on astrophysics such as Origins, and the NOVAscienceNOW series.