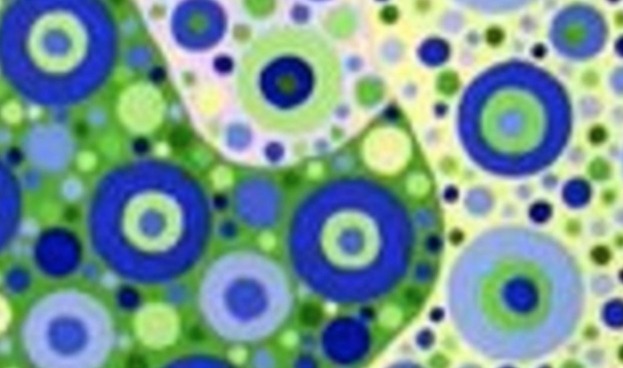 Posted by KidSpirit Online on February 19, 2019

By Akrash V. Mehta for KidSpirit's The Question of Meaning issue.

Perhaps I should start off by making one thing clear: I know nothing about anything I’m about to write about. This article is purely engendered from curiosity — it’s merely my personal exploration of questions that happen to interest me.

I haven’t read much work of the great philosophers or scientists (although I do have a three-year-old baby brother, who is arguably the wisest person on the planet), and there is no reason why my personal opinions and thoughts on things have anything to do with reality.

So where do I go from here — what questions should I try to answer? I can’t write about why some king killed some other king — I’m no historian. I can’t write about what our DNA tells us about ourselves, and how the rocks tell us about how the earth was made — I’m no scientist. I can’t even write about what constitutes a good article — I’m no writer. I’m trying to answer questions, but the unfortunate fact is, as a twelve-year-old boy who has seen so little of this world, I don’t have any answers.

I like thinking. I may not be so good at it, but I like it nevertheless. We all think, almost every moment of our lives. The branch of thought I wish to explore with you here is conscious thinking; for I fear that the ways our brains operate without our commanding them to are no different from any of our other involuntary actions, but for their greater complexity.

The scientific world at large has never made any confident assertions about what, precisely, a thought is. The general idea is that thoughts involve electrons somehow, and perhaps are some sort of neural activity. There are quite a few theories, but it is widely regarded as an unsolved mystery. Well, this leaves it open to speculation… 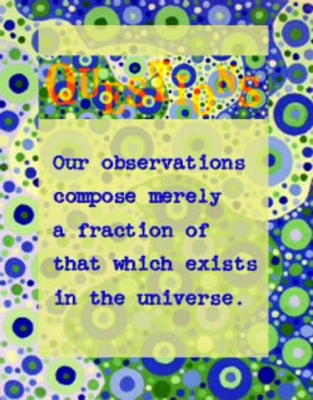 Try a little thought experiment. Literally. Think to yourself, let’s say, that you like ice cream. Done? All right. What made you think that thought? This article, of course! Thinking that you like ice cream was just a reaction to a message sent to your brain from your eyes. Or, if this article was being read to you, you’d be reacting to what you heard. The point I’m trying to make is that all thoughts are engendered from that which we sense. Even if you think a random thought, you’ll still be able to connect it to a recent experience. Try it – try to think of a random thought. When I just did so, I thought of a soccer ball. Guess what I was just kicking around earlier today…

Sometimes it’s harder than other times to connect our thoughts to our experiences, but those connections are always there. There is no real ‘eureka’ moment — even though it may seem that a thought comes out of the blue, thoughts are always merely reactions to experiences.

But I do think it completely possible that God exists.

Let’s assume that what I’m saying is correct — and basically, I’m just saying what Aristotle said, that everything is caused by something else. Now we can trace back reactions and causes. Right now, the world in its current state is the way it is through its reaction to the world in its previous state. And that world’s state was caused by the previous world’s state, and so on. This might have been going on for an infinite amount of time. This raises the question, how did matter get here in the first place? There are two possible answers. But this leads us first to a discussion of time and events.

What is time? The definition that most people seem to agree with is that time is the progression of events. But if nothing existed, there wouldn’t be any events – and thus no time. This is why most scientists and philosophers today agree that time depends on the existence of matter in order for it to exist itself.

Now let’s look again at that conundrum: how did matter come into existence? Well, there are two possible answers to this. One, it didn’t; and two, it was caused by something else.

The second possibility is that there was something other than matter that caused it. Many people call this other “God.” Some are completely satisfied with this explanation: God is a being that isn’t comprised of matter, that somehow created matter. The obvious question: how did God get there? The most common answer: because God isn’t a being of matter, he/she doesn’t need a cause – but always existed. God exists outside the laws of space, time and matter, and therefore is not bound by those laws. Again, it’s completely a question of what you believe. There isn’t any proof that God (well, at least God in the sense of a being who created matter) does or doesn’t exist.

One last note: my view on this issue is that humans are so narrow-sighted and ignorant of the ways of the world that it is almost impossible that any of the guesses that any of us have come up with are correct. Remember when I said that my three-year-old brother was the wisest person on the planet? I didn’t say that only for effect — it has a shred of truth in it; it is my opinion that we keep persuading ourselves that our speculations and beliefs are fact, but we keep overturning our beliefs. For example, first the general consensus was Earth was flat, then that it was a sphere. And for good reason — knowledge about physical phenomena is that which we observe, and that which keeps in consistency with our observations. But the problem is, our observations compose merely a fraction of that which exists in the universe.Even in the current state — many of us are convinced that we know how the world was created — some of us think God did it, some of us think it was the Big Bang. But I think assuming that we know something like that is arrogant — and this arrogance is displayed both in scientists and in religious figures. And so, the reason I can suggest that a three year old is wiser in some regards than an older, more worldly person is that a young child can easily accept new things as the truth — they are constantly changing their perception of the world. But an older person who has had more time for one concept to settle in will naturally find it harder to accept its flaws and perhaps inaccuracy.

So… no, I don’t think we’ve got any answers. But we’ve got the questions, and that’s the fun part.

When he wrote this piece, Akash V. Mehta was a thirteen-year-old living in Brooklyn, NY. He loves to write, read, and debate.