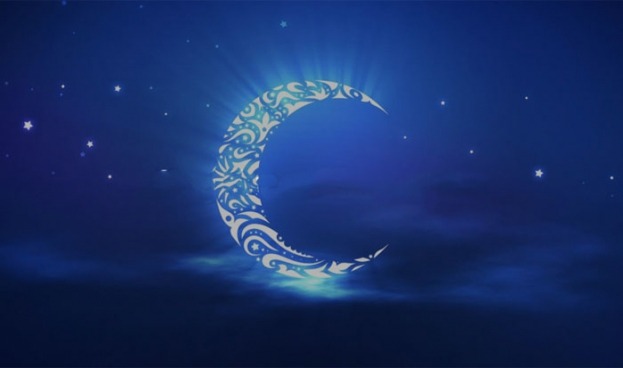 Five times a day, hundreds of millions of Muslims around the world lower their heads to the ground and intone “Glory be to God, the Most High.” This part of my daily prayers is one of my favorite, and it embodies one of the most important concepts of Islam: humility.

Although it is enshrined in our faith, simply living as a Muslim and as the son of immigrants has been very humbling. When my parents and siblings first touched down in the United States, they had a far more difficult time living in an environment that was far less accommodating for them. My brother and sister had to be constantly vigilant of eating food that was haram, or prohibited. They faced intense isolation at school for their background. I am thus extremely conscious of the benefits that I enjoy, which my predecessors did not. When traversing the city, thanks to the multitude of gyro carts, I can always be sure that I will find something that is halal, or permissible, to eat. I can always be sure that I will be able to find a mosque nearby to stay on top of my prayers. I can always be sure of my place in the community and of the friends who support me. Not only does this make me grateful, but it also puts me in the debt of all those who have made it possible. It could be Ibrahim, the Egyptian immigrant who makes some of the best chicken over rice on Madison, the policymakers responsible for closing school on Eid, or the immigrants who founded all those storefront mosques. This position of indebtedness has made giving back one of my strongest aspirations. I wish to give back to my family, to the Muslim community, and to the city that raised me.

One way in which I have been able to give back is the story of my high school’s newly established Muslim Students’ Association (MSA). MSAs on both high school and college campuses throughout North America form the backbone of Muslim-American youth communities. The lack of an MSA, something which is otherwise commonplace at most high schools, was a big disappointment to me in freshman year. This was in addition to the fact that my new school, unlike all the other schools I had attended previously, did not have a visible Bengali or even Muslim population. Up until then, I had almost always seen people that looked like me, ate like me and prayed like me amongst my classmates, and thus I began to feel social anxiety in this new environment. Eventually I found my own niche within the school but I retained a lingering feeling that I had to change myself in order to fit into the school rather than be accommodated for who I was right from the beginning. Initially I dismissed it as run-of-the-mill teen angst.

Everything changed in junior year. For the first time, I and several other Muslim students in different grades became aware of each other. We were a small group, but that was all we needed to realize that our collective experiences had not been unique to any single one of us. Each of us felt vindicated by the others. For the first time in three years of high school, I felt like certain parts of my life didn’t need to be repressed, that I could be accepted for everything I stood for. Surrounding yourself with people from a variety of backgrounds is important, but perhaps equally important is being close to those who can relate with you. It was acting on this realization that I and several other students, both Muslim and non-Muslim, decided to create the first ever MSA at our high school. Overcoming resistance from the administration and other students, we were able to create the MSA just as the Islamic month of Ramadan started. It is my hope that the Muslim freshmen of the class of 2024, 2025, and beyond will have a bit of an easier time than I did. I am proud to say that this is the first major way in which I have given back to the community and I hope to get the chance to do a lot more in the future.

The humility that Islam demands manifests itself in other ways as well. As a Muslim, I am encouraged to constantly question myself. Upon hearing this, an observer may conclude that such a self-critical mindset would result in insecurity, but in fact, the opposite is true. Self-reflection is the tool a Muslim should use to improve themselves. However much one may reflect upon themselves, self-improvement cannot be attained without another innate feature of the Islamic faith: discipline.

The month of Ramadan is perhaps one of the greatest conjunctions of these teachings. As I write this piece, Ramadan 2019 has come and gone. Most non-Muslims likely associate Ramadan with fasting and they are not wrong. All healthy Muslims are instructed to restrict themselves from drinking, eating, smoking or engaging in sexual activities from a couple hours before sunrise to sunset for every day of the month. It is not simply a physical deprivation, however. During Ramadan, we try to turn our attention to God more than ever. It is a time when Muslims strive to both do good deeds and avoid sin. Recently, a non-Muslim friend of mine told me that he wished his traditional culture had something analogous to Ramadan and even suggested that it may have made him a better person. Personally, I believe that the discipline of Ramadan has in fact shaped me as a person. It could be burning the midnight oil to finish a paper or resisting my desire to talk back to my parents, but I constantly find myself relying on a strength and determination that comes from my identity as a Muslim.

To say that Islam has influenced my personal development is not the whole truth. I learned to practice my faith as the son of immigrants in New York City, surrounded by people who know very little about my religion. It is in these circumstances that I have tried to embrace humility, to regularly reflect upon my actions and motivations, and to practice discipline.

When he wrote this piece, Abdullah Sayed was a 17-year-old self-proclaimed nerd. When he is not reading, you can find him biking down the streets of Queens, New York. Abdullah loves spending time in nature and hunting down strange bugs.