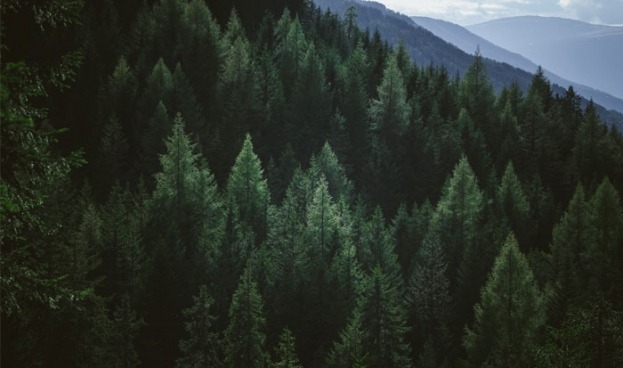 Silence, as a noun, means the complete absence of sound. Thinking back, I have rarely been put into silence.

As social animals, we are always surrounded by people, whether they are our family, friends, or maybe even someone over the internet. And this made me wonder: What would it be like if I was isolated from all others for a short period of time? What would I do? Would I feel calm, bored, or recharged?
In year nine, I undertook a unique program in the Victorian High Country, 200 kilometers away from Melbourne. In the bush with kangaroos and eucalyptus shrubs, I studied and lived with 11 other young, energetic girls, and silence was never the theme of our house. For that reason, the 72-hour “solo camp” at the end of the year became an even more memorable and outstanding event from my already eventful year.

Sometimes, I feel challenged by the absence of sound and company. The sun was going down as I arrived at the campsite, so I decided to put up the tent before it got dark. The poles weren’t quite even, the pegs weren't going into the ground, and the tent bag blew away. I laid on the damp grass, deflated, and roared, “Why is this not working?,” but no one could hear me. That moment, I missed the “yeah” we always had when the last corner of the fly was pitched. "Misfortunes never come alone.” I missed the last ray of sunlight to change the battery for my head torch; setting up the campsite without the help of my community was difficult and time consuming. Sounds of the spring flipping in the battery bay echoed in the tent as I kept getting the charges of the batteries mixed up in the dark and had to take them out multiple times.

I did not enjoy the first five hours of this silence, at all. My voice was helpless, the goodnights from my housemates were gone, and the music that prompted me to sleep every night was not there; iPods and all other technological devices were banned from this camp. Everything was weird and unfamiliar; the sense of insecurity started to disturb me more and more. I began to count down how many hours away I was from reaching the end of this challenge, but it seemed infinite, just like the “Never-ending” (a long, curvy, and steep track, which is my nightmare to climb at the end of the camp's running sessions). In the sleeping bag, all I had as company was the uproarious wind and the heavy grunts of the nearby deer.

My first morning began with workouts, followed by some apple and cereal for breakfast. People always say, “Own the morning, own the day,” and that was the first time I felt it. I owned the day. I did not have to get to a certain class as the bell rang; I could do whatever I wanted at my own pace, I could even take a nap in the afternoon under the tree. I was glad that I chose to be in this state of extremity, so I had a chance to write special notes to the supervising staff, instead of verbally talking to them. One of the tasks that I was required to do was to write a gratitude letter to an adult on campus, and I ended up writing a few: one to my house tutor, one to my "fit-for-life" teacher (in year nine our physical education classes are called "fit-for-life," to encourage us to develop lifelong activity habits), and one for the outdoor program staff. I used this downtime to flash back and reflect on the lessons, activities, and even meals that I had throughout the year, as well as the friend who held my hand to cross the finish line of a run when rain was bucketing, the ice cream the kitchen staff prepared for us in the boiling summer days; all these little moments were worth appreciating. My stress was released as my pen drew upon the paper. Expressing my feelings and thoughts through letters when I was alone, knowing someone would receive it later to share this moment, provoked hope in me. Through this I was able to let everything out of my mind, and establish an invisible but strong connection with my surroundings. In the 25th hour of silence, I found myself refreshed and in harmony with nature and stillness.

Three hours before the end of the silence, I dried and packed up my tent early, waiting for my friends to come and pick me up. In these last few moments, before the debriefing session, I decorated my letters and diary with leaves, made a sculpture out of branches, and watched ants take my cereal scraps home. I had never realized the world around me could be so creative and captivating, and the time I spent by myself was incredibly thought-provoking. In the silence, I was able to take a break from the outside world and look into myself. However, I was also very excited to hear the stories that my friends “couldn’t wait to tell” in the reflection session — I had not heard anyone talking for almost three days! Later on, I was told a hilarious story about my friend accidentally putting her tent above a wombat hole and how she got tossed up at midnight. Their hugs and laughter concluded this experience of the “solo camp” in the most joyful and meaningful way.

After the 72 hours I spent alone, I strive to find balance between sound and silence in life. I recognize the importance of one’s ability to adapt to and appreciate silence. I have developed a meditation routine to clear my mind and reflect on recent events. Having time to myself does not only help me to relax, but also presents me a chance to explore, create, and develop appreciation for the support and company I receive from others. Moreover, this experience has encouraged me to take on more upcoming challenges, as I understand that my strength to overcome anxieties and difficulties can go far beyond what I am conscious of. I believe this positive mindset will support me in my journeys down the track.

Emily Fan is a year 11 student studying at Carey Baptist Grammar School in Melbourne, Australia. She is very passionate about debating and has been enrolled in both English and Chinese debating for several years. Emily is also interested in poetry and dancing (k-pop, street jazz, and breaking). She is keen to participate and contribute to KidSpirit, as she is very open to different ideas and enjoys motivating others to join the conversation.