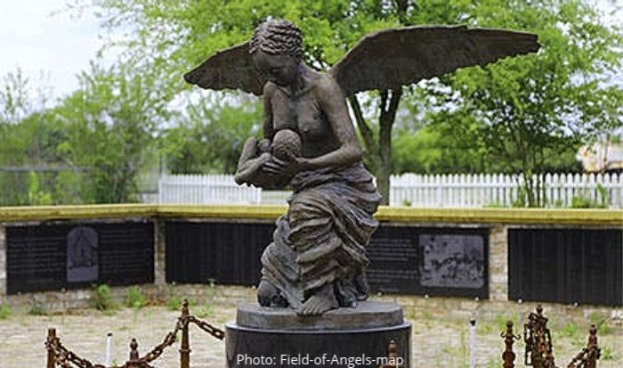 Forty-six miles west of New Orleans, near Wallace, Louisiana, in St. John the Baptist Parish situated on the west bank of the Mississippi River, you will find The Whitney Plantation. It was established in 1752, first to harvest indigo, later rice and sugar. The Whitney was operational for over 100 years, and during this time held the lives of 350 persons of African Descent/African Americans in bondage on its grounds. The Whitney distinguishes itself as the "only plantation museum in the region with an exclusive focus on slavery."

The study of American enslavement teaches of the short lifespan of enslaved persons, particularly on Southern Plantations. It makes sense enslaved children would comprise a large percentage of the laborers on plantations, like at The Whitney. Yet even with this foreknowledge, to encounter Woodrow Nash’s life-size figures of the Children of the Whitney — with their haunting eyes and wistful expressions — makes the reality of the use of children to sustain the dehumanizing institution of slavery still quite jarring. 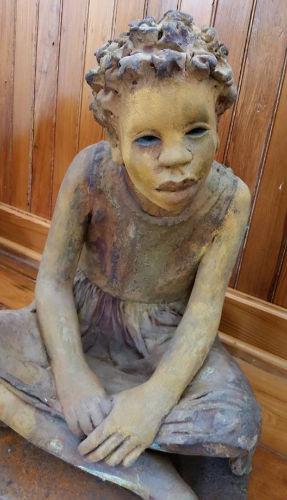 This encounter removes the comfort of ignorance — of being unaware of the role of children in this "peculiar institution." As our guide speaks of the labor toll required to operate a sugar-cane plantation or describes the violence endured for disobedience or the young women and babies lost in childbirth, without question all involve children. The Field of Angels, a memorial on The Whitney Plantation, is dedicated to 2,200 enslaved children who died in St. John the Baptist Parish between the 1820s and the 1860s. And further, "…The Sacramental Records of the Archdiocese of New Orleans also reveal a prevalence of young mothers and high mortality among their children. This is also apparent in the documents related to Whitney Plantation, which show that some women enslaved here had their first children by the age of 14. During the period 1823-1863, the era depicted in this memorial, thirty-nine children died at Whitney Plantation, almost one per year. Only six had reached the age of five."

One in our group said, "Whenever I think of enslaved people, I think of them as adults. Not children, this is hard." Without a doubt. "[T]hrough his pieces, Nash achieves his goal of integrating expression, complex symbolism and sophisticated aesthetics to yield striking embodiments of the human soul."

Following our cohort’s visit to The Whitney, we gathered to reflect on the experience. To guide our discussion, we participated in an exercise that asks us to consider the children in our own lives as one of the children of The Whitney. This moving exploration humanizes the enslaved by bringing to the fore the historical roots which inform the devaluing of Black and Brown children and casting them through the "fantastic hegemonic imagination"[1] as threats — regardless of age. Like the stolen childhoods of Tamir Rice, Trayvon Martin, and demonization of Michael Brown. 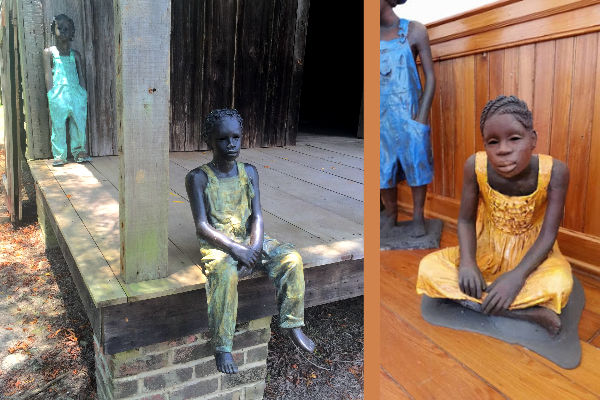 Members of our cohort admitted to their own learned bias against Black and Brown children, never having considered how this thought stems from American slavery. Another member shared this keen observation:

"Isn’t this a tool of whiteness? To keep the darker other as the problem, all while whiteness/white people usher in these horrible acts like slavery, Jim Crow, or even trying to justify the killing of a Black child which would never happen — and I am white so trust me on this — if a Black police officer had gunned down a white child."

The room was a chorus of agreement.

Another added, "Right. The Black Problem but never The White Problem." This cohort member continued to share about a recent meeting she attended in California where the co-facilitator, a white male who self identifies as a liberal man of faith, referred to the extrajudicial killings of unarmed African American women and men that have been occurring across the country as "The Black Problem." With our member being the only black person at the table, she shared with us how this reference was a hit, the way these unexpected microaggressions always are. Then she shared how she looked to the other person of color, LGBTQI, and progressive white folks at the table, thinking these liberal activists would say something --- they said nothing. Each looked back at her and then sheepishly dropped their head.

"What did you do?" asked another.

Our member continued, "I visibly shook my head with disgust, and the words of Mother Maya came to mind When people show you who they are believe them." Though she felt their "welcome of the Black girl" was fake, their silence at this moment disrobed their polite racism and tacit approval of anti-Black racism, so she guarded herself accordingly.

As our conversation continued, our cohort was well grasping the ways whiteness functions in this democracy. Regardless of its offense, whiteness seems to assail responsibility and rise above all its ills. (If you’re interested in more about whiteness, read White Fragility: Why It’s So Hard for White People to Talk About Racism by Robin J. DiAngelo.) 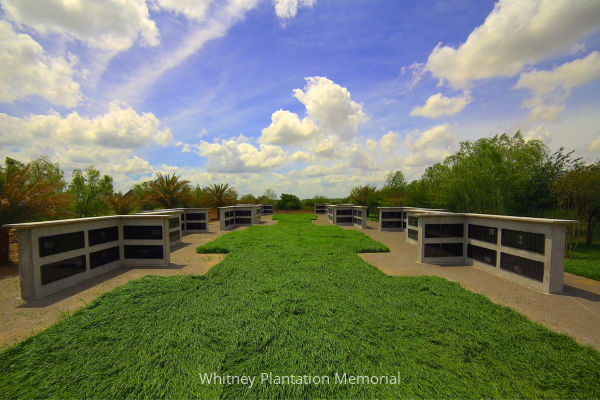 We could tell the impact of The Whitney rested differently with our cohort than our previous three sites, which as the guides we knew it would. The important conversations we hoped the pilgrimage would elicit were occurring; historical and contemporary connections were being made. And the difficulties we anticipated our group encountering were also occurring; however, we did not waiver in our collective commitment. Anti-racism work is hard. Truth-telling and difficult conversation pave the road.

We closed our time in New Orleans as we began it, with the punctuation exercise. This time we wrote down our before and after punctuations, explained our selection, and placed them in envelopes. While at the airport, preparing to head back to our homes until our next stop, we randomly exchanged our envelopes. In one week, the recipient was to reply to the envelope we selected. Eventually, all responses will be sent to the guides and will shape forthcoming discussions. After our time of rest, we gather again and continue forward.

Editors' note: This post is the second in a series of three by Ada Renée Williams about 2019 pilgrimages she led to civil-rights sites.


Next Post: "When Will Our Needs and Hopes Matter?"