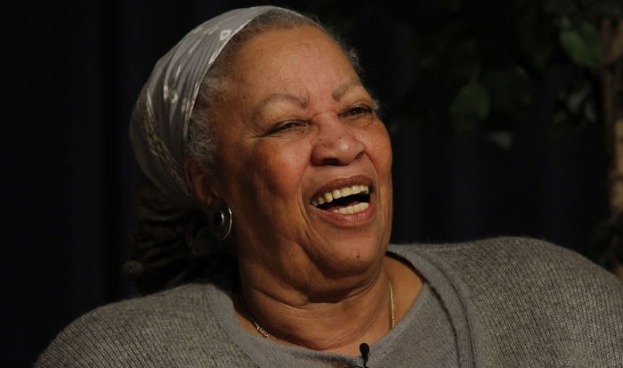 Toni Morrison died on Monday, August 5, 2019. Our cohort gathered on Wednesday, August 7, for a three-day intensive. With such a seismic loss, we shifted our planned agenda to honor Morrison and allow her work to guide our intensive.

First, each participant selected a favorite passage from a novel of the Morrison Canon to share with the group. Next, we used the same or another passage to expound on one of the topics of our gathering: de-centering whiteness, the #BlackLivesMatter movement, examples or challenges of cultural productions of evil.

Morrison’s fifth novel, Beloved, set in the 19th century but standing as a metaphor for the 20th, took a dominant position in our discussion: in part for its relationship to our plantation visits, another for Baby Suggs' sermon of affirmation and, in particular, for how aptly Morrison captures an understanding of enslavement. It was a time, she writes, "[t]hat anybody white could take your whole self for anything that came to mind. Not just work, kill, or maim you, but dirty you. Dirty you so bad you couldn’t like yourself anymore. Dirty you so bad you forgot who you were and couldn’t think it up."

In these last two lines, although I read Morrison’s words, I hear the caution Franz Fanon penned in The Wretched of the Earth, "The oppressed will always believe the worst about themselves. . ." Fanon goes on to assert, "Imperialism [read 'American slavery'] leaves behind germs of rot which we must clinically detect and remove from our land but from our minds as well." Although I disagree with Fanon’s "always," I do understand how the harms of the oppressor can reshape the self-perceptions of the oppressed. But the "rot" — isn’t that American Slavery? Isn’t that racism and every other ism which we must remove? 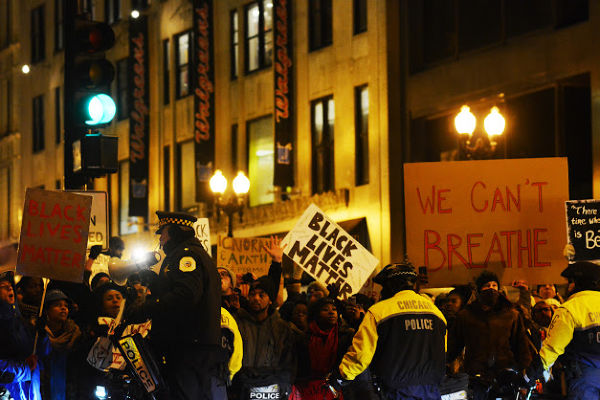 The #BlackLivesMatter movement was an aspect of our discussion. We explored how the works of Morrison and Fanon cast a light upon this movement. We understand to say "#BlackLivesMatter" is a vocal act of resistance that seeks to disembroil blackness from the kind of whiteness "[t]hat…could take your whole self for anything. . ." These three words — Black Lives Matter — also do the heavy lifting of naming value to lives too often cast as less. Last, this vocalization functions as effort, with a nod towards Fanon, to remove the rot "from land and mind."

Morrison and Fanon guided our work that day, and the conversations we had continue to expand our faith and spirituality and to hone our anti-racism work. The goal of our summer pilgrimage and of faith and justice work is to do it without allowing whiteness to center itself and filter truth. We approach our work by decentering whiteness similar to the way Morrison writes past the "white gaze" without apology. Her interview with Jana Wendt illustrates this well. In it, Morrison states she wanted to feel free to not have the white gaze in her work, which predominantly features African American characters. Here's an edited portion of the interview:

"You don’t think you’ll ever change and incorporate books with white lives in them substantially?" Wendt asks.

Morrison responds, "You can’t understand how powerfully racist that question is can you? Because you can never ask a white author, 'when are you going to write about black people'... even the inquiry comes from a place of being in the center."

"And being used to being in the center," Wendt replies.

"It’s inconceivable that where I already am is the mainstream," Morrison ends.

Thank you, Chloe Anthony Wofford "Toni" Morrison for every word. It was an honor to live during your time.

Editors' note: This post is the third in a series of three by Ada Renée Williams about 2019 pilgrimages she led to civil-rights sites.