Making TV a Part of Our Lives

Posted by Frederic Brussat on February 17, 2014 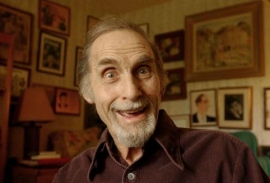 The gifted comedian Sid Caesar died at the age 91 on February 12, 2014, in Beverly Hills, California. He changed things around in our suburban home during the early 1950s when television was just an infant. When only 10% of American households had a TV set, the Brussats were one of the lucky families. Soon we were no longer crowding around the radio for entertainment.

When I was eight, I became addicted to watching "The Howdy Doody Show." Suddenly I became popular in the neighborhood because other kids could watch the show at our house. It took me a few years to get caught up in "Your Show of Shows," a variety series featuring Sid Caesar.

Born in 1922, the son of immigrants, this talented comedian worked as a musician and found employment at clubs in New York's Catskills. In 1950 Caesar won a large following with "Your Show of Shows," which aired on NBC on Saturday nights. He specialized in the nonstop creation of comic characters from the Professor to Progress Hornsby, a musician. 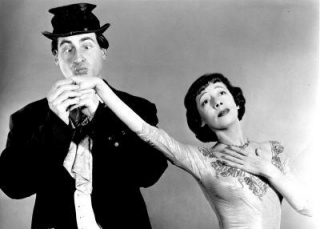 Caesar was incredibly fortunate to have two very funny people alongside him – Imogene Coco and Carl Reiner. During the four-year run of "Your Show of Shows," the writing teams that provided him with material included Mel Brooks, Neil Simon, and Larry Gelbart.


Caesar once quipped: "The best thing about humor is that it shows people that they're not alone." Sid Caesar made television a major part of our lives. We sat together in a circle of laughter on those chilly Milwaukee nights and were warmed by the communion we experienced in the living room. Thanks for the memories, Mr. Caesar! Thanks for introducing our families – both adults and children – to the value of play!