Locked Up and Locked Out

On April 11, 2014, the New America Foundation held a program titled "Locked Up and Locked Out: Securing a Second Chance at Economic Citizenship for Ex-Offenders." Monica Potts was on a panel which responded to some of the details in her cover story for The American Prospect titled "Is There Hope for the Survivors of the Drug Wars?" It is a chilling report on the helplessness and hopelessness of mostly African-American population who have been hard hit by the law-and-order zeal which sent many youth to prison for possessing a small amount of marijuana. 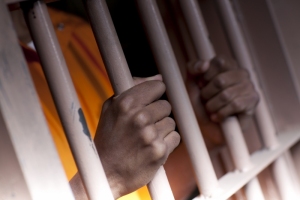 The United States imprisons more of its population than any other country in the world at rates unmatched in modern history. Adding up all the costs, the U.S. will spend $80 billion to keep 2 million people in prison. Once branded as a criminal, these mostly poor blacks face a perilous future. Every year, 650,000 Americans (a population that is 90 percent male, more than half black or Latino, and on the average only 34 years old) are released from prison with dreams of climbing the economic ladder as thousands have done before them. But in these grim times with few jobs available, these ex-offenders are left high and dry.


As the notes from this conference state: "Rebuilding a 'second chance' society will require understanding the barriers and removing the obstacles faced by these ex-offenders so they can embrace their role as fully participating citizens, workers, and members of a family."

Since 1980, the biggest growth industry has been the American prison system. With annual spending of about $2 billion, Michigan puts more money into corrections than higher education. No wonder the nation is lagging behind many others in education!

Sacred activists who feel called to work in this area have much to do. Take your pick on where to begin;