Do Animals Go to Heaven?

Posted by Frederic and Mary Ann Brussat on December 12, 2014 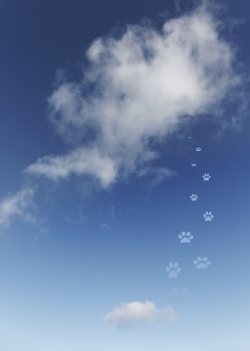 According to the Italian news media, Pope Francis told a little boy who was grieving over the death of his dog that "One day, we will see our animals again in the eternity of Christ. Paradise is open to all of God's creatures."


The question of whether animals go to heaven has been debated for centuries in the Catholic church. In an article in The New York Times, Rick Gladstone notes that Pope Pius IX (1792 - 1878) strongly supported the doctrine that dogs and other animals have no consciousness. He even tried to block an Italian chapter of the Society for the Prevention of Cruelty to Animals. More recently Francis' predecessor Pope Benedict said in a sermon in 2008 that when an animal dies, it "just means the end of existence on earth."


The overall track record of the Catholic church's respect for animals is rather weak in comparison to the positions of other religions. Ancient Egyptians mummified their animals so they could serve as companions in the next world. Taoists and Hindus also have kindly views toward animals; the Hindu saint Ramakrishna demonstrated "the inherent holiness of all creation by allowing animals to eat from plates of food set out as offerings to the gods."

In these traditions, there is little talk of humankind's right to lord it over animals; instead there is the feeling that we are all in this together. Or as Mahatma Gandhi said: "I want to realize brotherhood or identify not merely with the beings called human, but I want to realize identity with all life, even with such things as crawl upon the earth."

Whereas many primitive societies saw animals as allies in the great web of life, in western civilization there are only a few examples of animal lovers such as Saint Francis who intuitively recognized their soul-being. More common is the attitude of Saint Augustine who emphasized the human ability to think as proof of our superiority over other beings.

When Ptolemy Tompkins was working for Guideposts, he put together a piece titled "Will My Pet Go to Heaven?" The response was overwhelmingly favorable and most readers agreed: Pets do go to Heaven. We pray that thanks to Pope Francis, the Catholic hierarchy will change its rigid doctrines against the souls of animals and their presence in heaven after death. Many will rejoice and be exceedingly glad to see that day! In the meantime, here are some images of dogs in heaven.