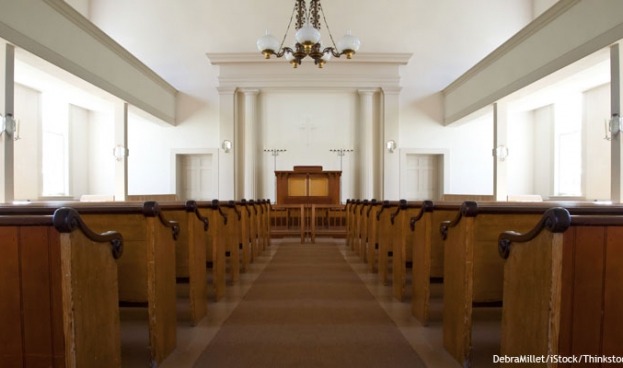 Mindy Mayes is a 29-year-old African American woman who was ordained in the African Methodist Episcopal (AME) church. She was called to Bethel AME, founded in the 1850s. The building needs repair, and the weekly attendance has fallen to around 20. She is also the part-time pastor for another small congregation. Still, Mayes was not earning enough from these positions to keep her going so during the week she works full-time as a public health educator in Indiana.

In this article in The Conversation, Richard Gunderman makes the point that over 4,000 U.S. churches close their doors every year, and it is estimated that by 2020, only 15% of Americans are expected to attend weekly worship services. Studies are now showing that about 85% of seminary graduates leave the field within five years and only about one in ten new clergy stick it out until retirement.

Gunderman reports that many full-time ministers are poorly paid. With an average salary of $36,000, it is no wonder that many ministers require two incomes to make ends meet.

Mayes states that "the greatest Christian evangelist who ever lived, the apostle Paul earned his living as a tent-maker." She finds it very rewarding to be a "bi-vocational minister" since it gives her a chance to help a wide variety of people deal with their spiritual challenges day by day in the work-a-day world.

I was very touched when I read Mayes' story. I have spent many years as a bi-vocational minister working as a writer and editor for Spirituality & Practice, a position recognized by my denomination, the United Church of Christ, as a journalism ministry. But for most of the past forty years, spiritual writing and reviewing alone has not provided me with a salary. Mary Ann and I have been forced by budget constrictions to take on secular projects in order to keep going financially. It is a real challenge to sustain the burdens of this arrangement but under the winds of the Spirit, we have persevered. I hope and pray that others in this bind find ways to continue a bi-vocational ministry as well.