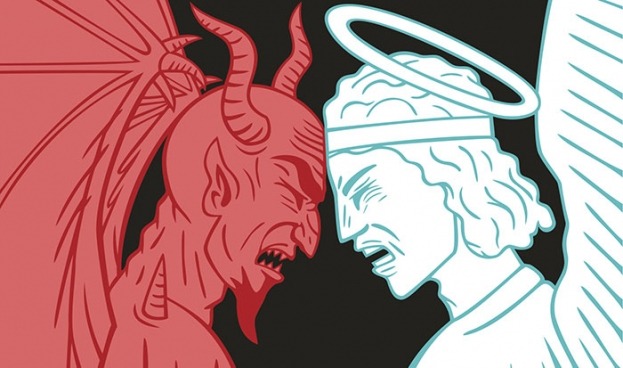 Posted by Frederic Brussat on December 28, 2015

In a profound and ethically rich blog for The Denver Post, John Kane, a professor of Religious Studies at Regis University who has focused on interfaith dialogue, justice, and peace initiatives, ponders the feelings of revenge toward terrorists afoot in Western nations. As he examines this theme, he recalls "the implacable furies of revenge" in the Greek dramatist Aeschylus's play Oresteia. Kane believes that the yearning to respond with violence against those who have hurt or shamed us is alive and well 2500 years after the Greek play.

We've been brainwashed to believe in the myth of redemptive violence by westerns, detective stories, war movies, and action-propelled blockbusters. In these works, it is "us" (the good guys) triumphing over them (the evil ones). In many of today's action movies, hundreds of faceless human beings are killed. A current example is the new Star Wars movie, which has broken all box office records as it plays to audiences around the world. The creators of this space fantasy may see it as "just entertainment," but we regard it as another plug for dualism and the myth that violence can save us.

Kane believes there is an alternative to "this grotesque celebration of the supposedly healing myth of revenge." He notes that it's not just the jihadists who have been stirred by the furies. "We too, or so I fear, at some level also want to give ourselves over to such furious lust."

The spiritual practice of reverence offers "the root force or passion which tames such fury by trusting a fundamentally different way to justice." It is grounded in deep respect and compassion for all beings taught by Buddha, Jesus, and other wisdom teachers from many different traditions. Kane points to a classic film West Side Story as just one example of "the Transforming power of reverence." Here the gang warfare and violence fades into the background as young men and women move to "a catharsis grown from reverence and painful enough to again put revenge to shame."

Kane concludes that reverence is "the womb of human nobility." We agree and see it also as a building block of a better world where peace and wonder, mystery, and respect create a field of healing energy.