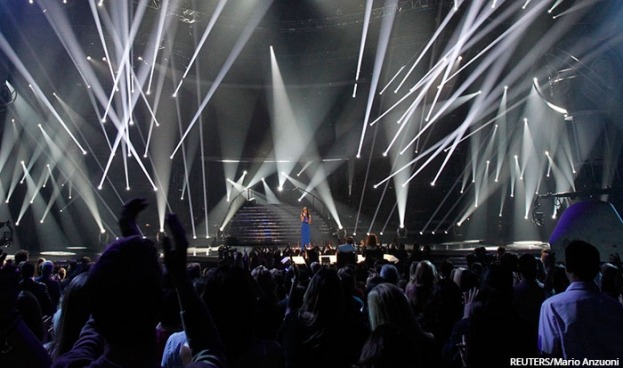 Mapping Culture through a TV Competition

In a spunky article on theconversation.com, Katherine Meizel tallies up the impact of the American Idol TV show. She sees it as "a kind of guidebook for our entry into the 21st century." The show has run 15 seasons and reflects the widespread popularity of national myths of meritocracy from the rags-to-riches fairy tales of Horatio Alger to the American Dream.

Although many have been impressed with the vocal talent of the contestants, American Idol's heart and soul lies in its unabashed celebration of the values of competition, winning, fame, commercialization, and patriotism. In a fascinating end to this article, Meizel probes how the show "gives Americans permission to judge each other, to feel like our opinion makes a difference." She then points out that in the presidential race, Donald Trump's "unfiltered rhetoric has done something similar, giving his supporters implicit and sometimes explicit permission to mock, dismiss, exclude and even attack others based on racial and ethnic identity, religion or ability."

Take this article one step further, and you can see that American Idol has offered viewers a set of shared values each week in the same way the rituals of worship services have traditionally undergirded and reaffirmed religious beliefs. We can also see the show as an example of what Joel Best in Everybody's a Winner described as a phenomenon of prize proliferation leading to a "self-congratulatory culture."

Has winning become the goal of American civic religion and are competition and prize-seeking its main practices? This does seem to be where we are heading. In this blog, we'll be watching for more signs of shifts in American values.