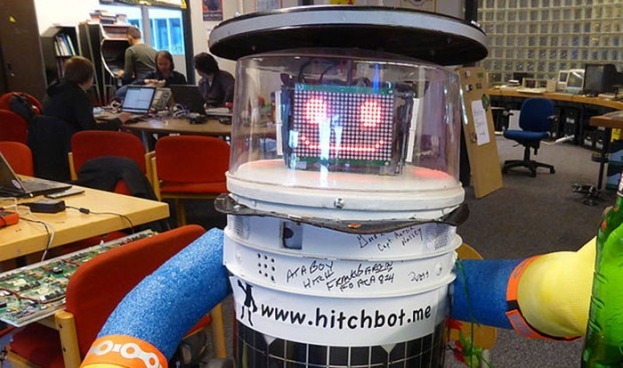 Posted by Frederic Brussat on December 8, 2016

In an article on NewScientist.com, Aviva Rutkin writes about hitchBOT, a robot put out on the road as a hitchhiker. Then one day, it was found on the ground, with no head and its arms ripped out. The media picked up the story of hitchBOT's demise. The response was an "outpouring of affection" for the robot.

Rutkin notes that these technological tools are now working beside humans in factories, hospitals, shipyards, and homes. Julie Carpenter, an educational psychologist at the University of Washington, states:

"The technology is being developed and integrated before we fully understand the long-term psychological ramifications. How we treat robots and how they affect us emotionally — we're not really sure what's going to happen."

Those who have established a relationship with robots develop bonds with them through naming them, caring for them, spending time with them, and seeing them as friends or even members of the family.

Until we establish moral codes for dealing with these lifelike machines, we can salute an organization in Seattle called the American Society for the Prevention of Cruelty to Robots.

We can also take a cue from the Sufis who practice adab, a spiritual protocol of kindness, selfless service, and deep respect for things. Even inanimate objects are seen as manifestations of the Beloved and so in humility and gratitude dervishes kiss the tea glass from which they drink or the carpet on which they have just prayed. According to Sheikh Kabir Helminski, a dervish doesn't "put out" a candle, s/he "puts it to rest." This reverent treatment of inanimate objects can be extended to robots as we draw closer to them at home, at work, and in society.