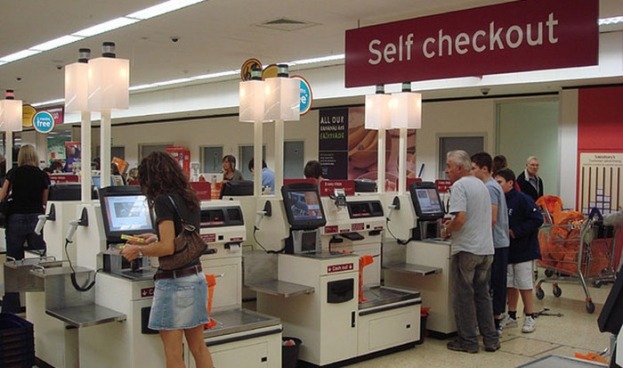 According to this article on BBC Future by Adriana Hamacher, a 2014 poll found that 93 % of people dislike self-checkout machines and in some cases their anger and impatience with the machines drive them to theft. But the machines are popular with vendors since having customers do all the checkout work means less overhead to the store. Armed with this information about customer discontent, stores are talking about improvements in speeding up transactions, replacing the voices that irritate people, and redesigning machines.

We agree with the Japanese approach to self-service shopping: many establishments have held off on machines and put the accent on improved staff efficiency through omotenashi — elaborate courtesy. We are also quite skeptical about the idea that making technology more fun and cool is the best way to deal with self-service discontent. It seems to us that encouraging kindness, courtesy, and hospitality in the store may require more than a machine redesign.