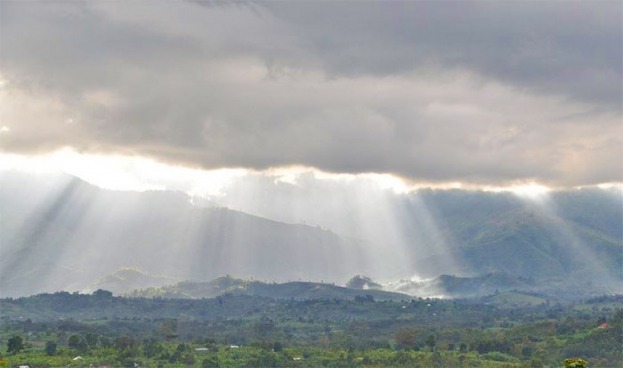 The Pandemic as Portal

I often return in moments of questioning to a quote from Arundhati Roy: "Another world is not only possible, she is on her way. On a quiet day, I can hear her breathing." Roy is an Indian novelist, activist for anti-globalist movements, and a vociferous critic of U.S. capitalism and foreign policy. African-American activist Cornel West has called her "one of the few great intellectual revolutionaries in our time."

Now as the COVID-19 pandemic spreads around the world, Roy has taken a look at what it could mean in "The Pandemic Is a Portal." This illuminating and hard-hitting essay is from her upcoming collection of essays Freedom, Fascism, Fiction (Haymarket, 2020) in which she examines the clash between authoritarianism and freedom in politics and literature.

For years, Roy has been putting her ears to the ground, trying to hear the global changes, revolutions, and power plays that lie just around the bend. The number of people who have gotten sick and died from the virus is staggering. The epidemic has brought the engine of capitalism to a halt. Should we be surprised? "It is the wreckage of a train that has been careening down the track for years." There has long been a health care crisis in the United States, and India, she observes, hangs "suspended somewhere between feudalism and religious fundamentalists, caste and capitalism, ruled by far-right Hindu nationalists."

The spiritual traditions teach practitioners to pay attention to what is happening and to reflect upon its meaning and transformative potential. Roy makes a profound spiritual statement when she concludes:

"Whatever it is, coronavirus has made the mighty kneel and brought the world to a halt like nothing else could. Our minds are still racing back and forth, longing for a return to 'normality,' trying to stitch our future to our past and refusing to acknowledge the rupture. But the rupture exists. And in the midst of this terrible despair, it offers us a chance to rethink the doomsday machine we have built for ourselves. Nothing could be worse than a return to normality.

"Historically, pandemics have forced humans to break with the past and imagine their world anew. This one is no different. It is a portal, a gateway between one world and the next.

"We can choose to walk through it, dragging the carcasses of our prejudice and hatred, our avarice, our data banks and dead ides, our dead rivers and smoky skies behind us. Or we can walk through lightly, with little luggage, ready to imagine another world. And ready to fight for it."

Roy's poignant choice hangs in air above us and engages our souls. What changes in the way we live are necessary for a more compassionate, reverent, and loving world to evolve?