A Lesson from Cesar Chavez on Vegetarianism

Posted by Frederic Brussat on December 10, 2012

On his blog Dharma Roundup, Victor M. Parachin (Eastern Wisdom for Western Minds, Swami Vivekananda: Essential Writings) salutes Cesar Chavez as not only a labor activist but also as an outspoken activist for animal rights. He quotes him as saying: 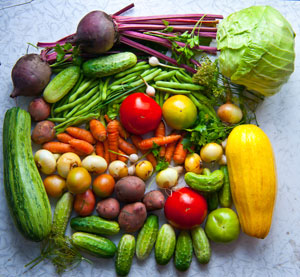 "I became vegetarian after realizing that animals feel afraid, cold, hungry and unhappy like we do. I feel very deeply about vegetarianism and the animal kingdom."

It often amazes us to read a book by a theologian, a scholar, or a spiritual writer where he or she waxes poetically about human superiority above all other creatures in the universe. It is about time to give up and abandon once and for all this entitlement view of humanity. As Chavez puts it: "We need to work twice as hard to make all people understand that animals are fellow creatures, that we must protect them and love them as we love ourselves."

Chavez goes on to make the point that there can be no peace in the world until we give respect and reverence to animals and living things. That is also the spiritual stance taken by Albert Schweitzer. Parachin adds that vegetarianism affirms nonviolence and the necessity of making the world a peaceful place of safety and security for all animals. He concludes that the pursuit of these ideals are why vegetarianism is taught and promoted by Buddhism.

We've long seen the connection between vegetarianism and nonviolence and the principle of doing no harm. But to also see it as an act of peace — that's a new spiritual insight for us. We'll be rethinking our food choices.