Dear God! When Will It Stop?

Posted by Frederic Brussat on December 17, 2012

Marian Wright Edelman, president of the Children's Defense Fund, is saddened and appalled by the worst mass shooting in a public school in American history. It took place on Friday, December 14, in Newtown, Connecticut. In an article on Common Dreams she reminds us that there is no safe harbor for our children. How many more will die before we stop the proliferation of guns and the killing of innocents in the United States? 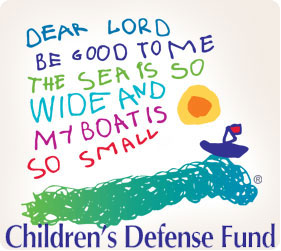 Here are some shocking statistics: in 2010, 2,694 children and teens were killed by gunfire; 1,773 were victims of homicide, and 67 of those were elementary school-age children. Since 1979 when gun death data was first collected by age, 119, 079 children and teens have been killed by gun violence. Edelman points out that this horrific number exceeds the number of American battle deaths in World War I, in the Vietnam War, the Korean War, or the Iraq War.

The questions she asks are worth thinking about:

Where is our anti-war movement to protect children from pervasive gun violence here at home? Why, in the world do we regulate teddy bears and toy guns but no real guns? When will we stop protecting guns before children? When will the citizens and leaders of this nation break the National Rifle Association's hold on common sense gun policy?

Edelman concludes with the plea: "It is time for a critical mass of Americans to refuse to consent to the killing of children by gun violence." We agree. And we would add another point.

As many as 176 children have been killed in U.S. drone strikes in Pakistan during the past seven years. A recent study by Stanford and New York University documents the extent of the deaths, injury, and trauma to civilians from the drone attacks.

It is time for Americans to also refuse to consent to the killing of children by drone violence. All children wherever they live are our children. We say of the Pakistani children what President Obama said of the Sandy Hook children: "They had their entire lives ahead of them — birthdays, graduations, weddings, kids of their own."

Next Post: A Lesson from Cesar Chavez on Vegetarianism