"In London I had a growing sense that I was being introduced to people who, in doing whatever it was they did, were part of something much larger. I saw them as bright lights in a vast interconnecting web. This image is archetypal — one that arises from within as an 'original idea' in many people, as it had in me.

"I have often felt myself to be a point of light, connected to everyone I have ever loved or mattered to, each also being a point of light, in turn connected to those they love, so that somehow we are all part of a vast web of twinkling lights. I think that each individual light can grow brighter or dimmer in the course of a lifetime, and that whenever a light goes out on this web, it affects me. It feels as if everyone who acts compassionately, works to raise this consciousness, to save the planet, to make a difference in some significant way is linked to everyone else who also does.

"This image of the web of lights came to me many years ago, when a former patient of mine who has moved across the continent wrote that she had not been able to commit suicide after all. In a period of despair, she had finally decided to exercise 'this option' that she had talked about for so long, only to find out that she could not do it. When I heard from her, I was greatly relieved that she was alive. And I knew that even if I never heard from her or saw her again, she and I were connected. The image that came to mind with this realization was of a web of lights; when I thought of her as dead, I saw and felt a light at the end of a long strand that connected us go out. There would be darkness where she once was, and it mattered that she was alive.

"In Europe, my sense of the size of that web grew enormously. I was touching in with those people whose strands reached around the world, and I felt that I was plugging my American web of lights into a great network." 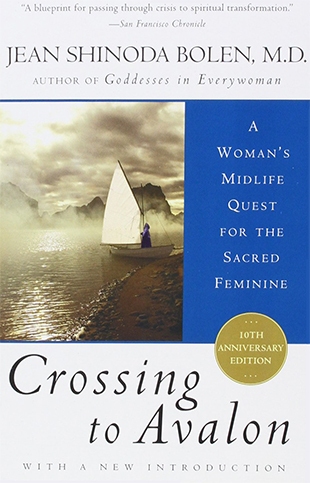