The Solace of Fierce Landscapes Exploring Desert and Mountain Spirituality

By Belden C. Lane
Beldon C. Lane's account of a monk learning from a grocer how to be attentive to everyone.

"This is a theme that echoes repeatedly throughout the sayings of the desert Christians. To attend to the poor is to contemplate the mystery of God's presence in the world. Paying attention (both to God and to each other) is all that ever really matters. One of the Egyptian fathers, seeking a sign of divine approval for his long years of monastic devotion, was told that his sanctity was nothing compared to that of a common grocer in a nearby town. On going to study this man very carefully, the monk found him occupied with his vegetables amid the noise and hurry of the city streets, attentive to the needs of all those coming to him. Even as night came on, with the people growing rowdy, singing loudly in the streets, the man stayed at his task, helping latecomers with their needs.

"In exasperation the monk finally blurted out, 'How can you ever pray with noise like this?' The grocer looked around, feeling compassion for the people that made up his ordinary life, and answered very simply. 'I tell myself they're all going to the kingdom,' he said. 'They're concentrating with single-minded attention on what they do, singing songs with all the joy they can muster. See how they prepare for the kingdom of God without even knowing it! How can I do less myself than to praise in silence the God they inadvertently celebrate in song?' That night the old monk walked slowly back to his cell, knowing himself to have received — from a grocer, no less — an important lesson in the craft of desert attentiveness. Contemplative prayer can be practiced only where people grant each other the gift of their attention." 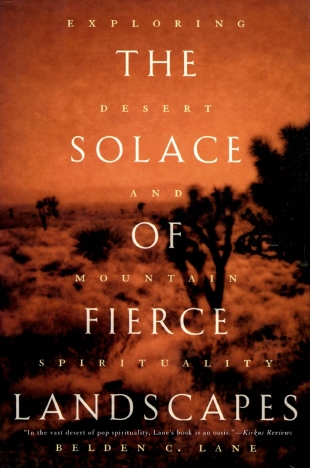