Phil Cousineau's probe of the myths unfolding in our lives is filled with wonderful autobiographical passages. Here is one about time that reveals the spiritual practice of meaning.

"For thirty years now, since my college days when I worked the night shift in a Detroit factory, I've lived under a regimen of four or five hours of sleep a night, as if a character right out of a Greek tragedy who is relentlessly driven by Ananke, the goddess of need and necessity, who also was a spinner of the thread of fate. I've come to recognize this as one of the plot lines of my own personal myth. As with all true myths, the story has a ferocious drive to it. It compels me to believe I need to steal time, borrow moments, stretch my hours, dilate my days, whenever and wherever possible, and because of this daily practice I often have the sense of having already led several lives. But still the great dragon doubt breathes fire down my neck, reminding me that life is too short to be merely marking time. While stealthily borrowing from Peter to pay Paul, as my Grandma Dora used to say, I've hoped I was making time where there was little or none before, a task formerly reserved for gods alone.

"But because of my lifelong accelerated pace I have always run the risk of being just one more guy caught up in the crank-it-up, take-no prisoners, racing-to-relax times, the trying-not-to-get-ticketed-by-the-cosmic-cops-in-the-speed-trap times. Often, I have fretted over whether time is living me rather than me living time. The sudden swings between memorable time and forgettable time can be wrenching; the difference between lost time and found time can change your life.

"So it's been imperative for me to try to practice the art of slowing down, recalling with affection Thoreau's dictum, 'When in doubt, move slowly.' Every day I try being as alert as possible to the miracle of the world around me. The hard work allows me the extra time for my family, music, a ballgame, a walk in the woods, a languorous meal, time to travel, but unless I slow down and savor the time the experiences have no clarity, no depth, no meaning, and hauntingly enough, there may not be any memory of them at all. 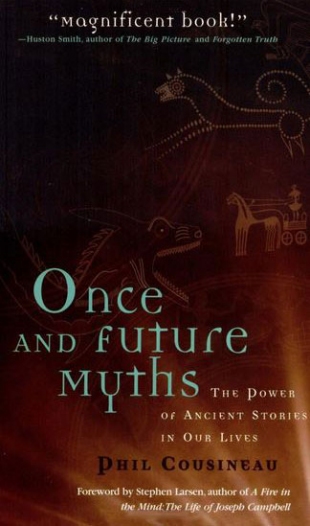