No Death, No Fear Comforting Wisdom for Life

"Strengthened by the love of bodhisattvas, I am able to see myself in all the beings who suffer. I am one with those who were born disabled or who have become disabled because of war, accident or illness. I am one with those who are caught in a situation of war or oppression. I am one with those who find no happiness in family life, who have no roots or peace of mind, who are hungry for something beautiful and wholesome to embrace and to believe in. I am someone at the point of death who is very afraid, who does not know what is going to happen and fears being destroyed. I am a child who lives in a place where there is miserable poverty and disease, whose legs and arms are sticks, and who has no future. I am also the manufacturer of bombs, which are sold to poor countries. I am the frog swimming in the pond and I am also the snake who needs the body of the frog to nourish its own body. I am the caterpillar or the ant that the bird is looking to eat, but I am also the bird that is looking for the insect to eat. I am the forest that is being cut down. I am the rivers that are being polluted, and I am the person who cuts down the forest and pollutes the rivers and the air. I see myself in all beings and I see all beings in me."

"In touching the earth, we touch the great beings, and we also touch all the suffering beings. We must be in touch with both. We must remember that there are beings caught in the deepest kind of suffering, like war, oppression and injustice. They have no way to speak out about the suffering and injustice that they have to bear. There are pirates who are raping young girls. There are rich merchants selling arms to poor nations where children do not have food to eat or schools to attend. There are factory owners who use children as their workforce. There are people who are dying in prisons and reeducation camps. In leprosy camps there are children and adults without limbs, illiterate and without hope. These hell realms need bodhisattvas.

"When we stand before the mountain or flower and visualize just before we touch the earth the second time, we see that we are not only bodhisattvas but we are also the victims of oppression, discrimination and injustice. With the energy of the bodhisattvas we embrace victims everywhere. We are the pirate about to rape the young girl and we are the young girl who is about to be raped. Because we have no separate selves, we are all interconnected and we are with all of them.

"How we live our life affects everything. So we must think, How have we lived our life so that that young man in Thailand has been able to become a rapist? We have only looked to our own material needs. The family into which that young man was born has been stuck in miserable poverty for many generations. His father was a fisherman who only knew one way to forget his troubles and that was by drinking. He did not know how to bring up his sons, and he beat them often. His mother did not know how to provide education for her children. At thirteen years old he had to accompany his father on the boat and learn to be a fisherman. When his father died he continued in his father's place. He had no resources of understanding and love. He was tempted to become a pirate because in just one day a pirate can have real gold, which could lift him out of his miserable state that he feared would go on forever. On the ocean there was no police force, so why not follow the example of the other pirates and rape the young girls on the boat they plundered?

"If we had a gun we could shoot that young man, and he would die, but would it not have been better to help him to understand and to love? Where were the politicians, the statesmen and the educators to help him?

"Last night on the shores of Thailand hundreds of babies were born to fishing families. If those children are not properly cared for, brought up and educated, some of them will become pirates. Whose fault is that? It is our fault: statesmen, politicians, the electorate who puts them in power and the educators. We cannot blame only that young man. If I had been born a poor child who was never educated, who had a mother and a father who were illiterate, who had been poor all their lives and did not know how to bring me up, I could have become a pirate. If you were to shoot me dead, would it solve anything? Who is that pirate? He could be me, and the child he raped could also be me.

"All the suffering of living beings is our own suffering. We have to see that we are they and they are us. When we see their suffering, an arrow of compassion and love enters our hearts. We can love them, embrace them and find a way to help. Only then are we not overwhelmed by despair at their situation. Or our own." 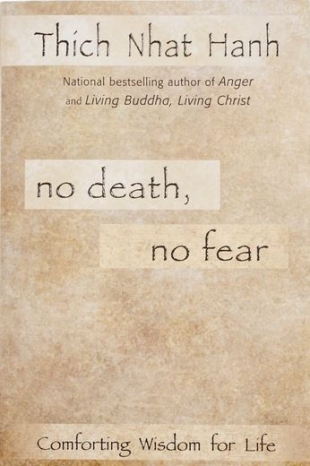