Start Where You Are A Guide to Compassionate Living

By Pema Chodron
An excerpt on self-acceptance from Pema Chodron's book Start Where You Are.

"Pogo said, 'We have met the enemy and they are us.' This particular slogan now appears a lot in the environmental movement. It isn't somebody else who's polluting the rivers — it's us. The cause of confusion and bewilderment and pollution and violence isn't really someone else's problem: it's something we can come to know in ourselves. But in order to do that we have to understand that we have met the friend and that is me. The more we make friends with ourselves, the more we can see that our ways of shutting down and closing off are rooted in the mistaken thinking that the way to get happy is to blame someone else.

"It's a little uncertain who is 'us' and who is 'them.' Bernard Glasssman Sensi, who does a lot of work with the homeless in New York, said that he doesn't work with the homeless because he's such a great guy but because going into the areas of society that he has rejected is the only way to make friends with the parts of himself that he's rejected, It's all interrelated. 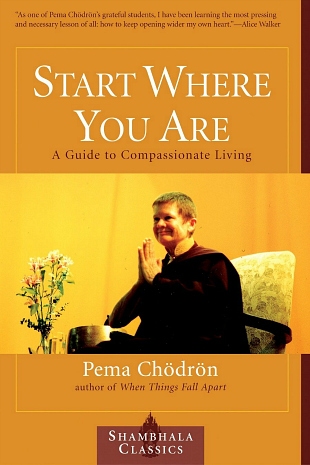