Christ in the Margins

"The crusaders and prophets remind us of the Christ who openly witnessed to the intrinsic divine presence within humanity and dared tell all who listened to him that they were precious in God's eyes. The radical implication of such a message is that it recognizes and names the equality and dignity of all humanity — including the very poor, the different, and those who speak with a critical voice. This claim to equality and dignity is a threat to all forms of power, hierarchy, and status. One must unleash within oneself a powerful and prophetic spirit that dares to speak against the principalities and powers that rule over the anawim, the little ones of our world so beloved by Christ. Yet that spirit — powerful and simple — continues to be unleashed today and creates prophetic figures in our human story. It becomes more than a message. It becomes a mission. . . .

"When oppression and violence threaten or destroy human dignity, those who hold all human beings precious in God's eyes and are vulnerable to the spiritual power within them cannot stand by. They must follow the path of Jesus and other great prophets and crusaders who have gone before them. They must, and they do, dare to speak, dare to march, and dare even to die for their beliefs, because all of us — whatever our race, religion, sexual orientation, gender, or background — all of us are made in the image and likeness of God.

"We forget that. Getting so many knocks and bruises in the course of our lives, and suffering so many setbacks and failures, we often feel helpless and insignificant and forget that we are precious in God's eyes. Over time, constantly exposed to escalating violence and injustice in our world, we tend to forget the powerful witness of Jesus and the centrality of human dignity that is affirmed by all the world's major religious traditions. But much more widespread and insidious is our habit of constantly diluting our responsibility to honor and preserve human dignity in the mistaken belief that there's not much we can do about it anyway. We are duped by oppressive forces in our society into feeling helpless. Somewhere along the line (though with a little discomfort and guilt), we tend to quietly leave behind our sisters and brothers to focus, instead, on our own survival and well-being. We forget we are called to be as gods." 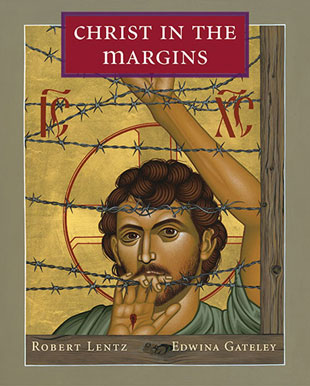