The Ground We Share Everyday Practice, Buddhist and Christian

"Brother David: In a troubled world like ours, how can we avoid cynicism?

"AR: A cynical statement like 'The world needs a bloodbath every twenty-years' implies that the human being is an inherently contentious, maybe even bloodthirsty animal, destructive almost by nature. I used to hear it in the internment camp from my fellow internees: 'It’s a dog-eat-dog world.' That's the expression of a person who doesn't practice.

"BD: That ties in with my own experience. When I noticed cynicism in myself, I looked up the etymology of cynic. It's from the Greek word kynikos, which literally means 'like a dog.' That gave me a clue. When I make a cynical remark, it's typically in a situation where I'm confronted with something that demands from me a totally new attitude. Faced with the unfamiliar, I do what a dog does: it barks and snarls at the unknown. Even when I wear something I don't usually wear in the monastery, the dogs are apt to bark at me until they come close and can smell me. If I'm carrying something I'm not normally carrying, they'll bark at this new phenomenon, too.

"So here’s where it ties in with practice for me. When I hear myself making a cynical remark or find myself tempted to make a cynical remark, I ask myself what's new in this situation that I'm uncomfortable with. I'm up against something new, and it demands a breakthrough, a new way of dealing with the situation. I have to jump to a new and different level. For instance, if I find myself saying something like 'What else do you expect from that kind of a government?' What's demanded from me is an answer to that question, 'What else do I expect?' The next step is to see if I can do something about it instead of just being cynical. That's practice.

"AR: It's so interesting the way this connects cynicism with the trite, overused expression 'it’s a dog-eat-dog world.'

"BD: It's cynical because it doesn't go far enough. If you say, 'All right, so what are you going to do to make it not a dog-eat-dog world? ' then life opens up again. We're led to a breakthrough that goes beyond cynicism.

"AR: This will appeal to those who wish to go beyond, but how do you reach the people who say, 'It's impossible. It's just human nature' to be selfish or whatever?

"BD: You answered that already when you spoke of practice, because practice is inseparable from the deepest conviction that nothing is impossible, a conviction that in Christianity we call 'faith.' In the last analysis, cynicism is an angry expression of having set yourself limits that you aren't willing to transcend. The anger is there because, deep down, you know you could transcend them if only you would try. So cynicism is a dysfunctional sort of attitude." 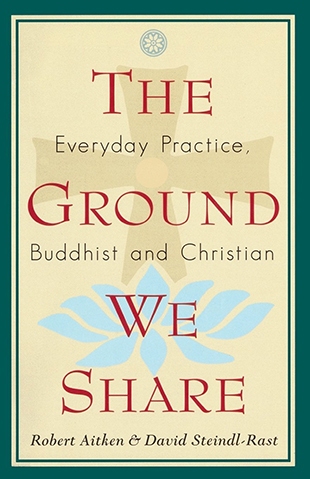