"This book investigates and proposes to revive an ancient form of prayer and meditation that grew from the common ground of the three religions of the Middle East. This 'original meditation' focuses on the creation of the universe and the archetype of the first human. It seeks to bring the energy and power of this 'beginning time' directly into our hearts and lives, so that we can experience its creative, life-giving power unfolding as our own personal story.

"In so doing, we touch the genuine spiritual power behind all three Western traditions — Judaism, Christianity, and Islam. This original meditation lies behind the awe and wonder of Christians at the rebirth of the Christ child each midwinter. It fuels the intense, heartfelt hope that Jews experience each fall in the New Year celebrations at Rosh Hashana. It roots the devotion of Muslims each year during the fast of Ramadan, preparing for the 'night of power,' when blessing flows freely, just as it did when Muhammad first received the Quran. These are all celebrations of hope, not fear; of love, not hate. By experiencing the creation story as our own personal story, we have the same opportunity to recreate and renew ourselves, as our ancestors did, and to find a deeper connection with the divine in our everyday lives.

"On the investigative side, the book proposes that the original meditation of many early Christians, and possibly Jesus himself, was not primarily on an apocalyptic or cataclysmic ending. Instead it focused on the life-affirming, love-filled, creative beginning described in Genesis and the Hebrew Scriptures. Jesus was not looking for the proverbial 'Apocalypse Now!' to bring history crashing to a close. Instead he tried to reorient his listeners to the power of divine creation through the experience of 'Genesis Now!' . . .

"In the later Christian tradition, the practice of living the creation story survived on the fringes of empire in the writings of Celtic and European Christian mystics like Pelagius, John Scotus Eriugena, and Meister Eckhart. The view of the creation story as an actual spiritual practice (rather than simply a decorative theme) takes absolute center in both Jewish and Islamic mysticism( Kabbalah and Sufism respectively). . . .

"I believe that the actual practice of this meditation can prove just as relevant today as it was two thousand years ago, when people started to write it down in Jesus' time. It shows an immanent rather than a detached divinity. It cultivates a sense of wholeness as opposed to separation. It can build a bridge of peace between these three religions of the Middle East. It can affirm a radically different view of life in a world that looks to save its ecosystem and rediscover an authentic connection to the sacred." 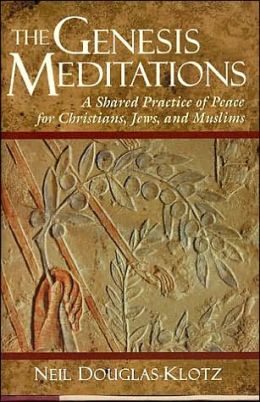