By Harold S. Kushner
On religion that teaches us to like and feel good about ourselves.

"I believe strongly that one of the primary goals of religion is to teach people to like themselves and feel good about themselves. All my experience has taught me that people who feel good about themselves will be more generous, more forgiving of others, less defensive about their mistakes, more accessible to change, and better able to cope with misfortune and adversity. Paradoxically, the person who sees himself or herself as a good person will be more open to suggestions of change than the person who is overly conscious of his or her faults. I am not sure why; it may be that someone who sees herself as a good person believes in her capacity to become even better, while the unsure person is likely to say, 'What's the point of trying; nothing I do ever works out the way I want it to.' When the voice of religion is a harsh, judgmental voice that constantly criticizes us for our faults and keeps telling us how far we fall short of God's expectations of us, it is less likely to accomplish what it set out to do. Yet if religion does not identify our faults and urge us to improve, if it becomes a cheerleader for the status quo, how will we ever grow and improve?

"I never sit down to write a sermon without summoning up the memory of my family's rabbi when I was a child in Brooklyn, Rabbi Israel Levinthal. He was a master preacher and orator. He would never say to us. 'You are doing wrong, you are following the wrong path; do it differently.' Instead he would say, 'How much happier our lives would be if we only incorporated into them the wisdom of this ancient teaching.' He made us feel that he was giving us a present, the gift of sage advice, rather than scolding us for not having thought of it on our own." 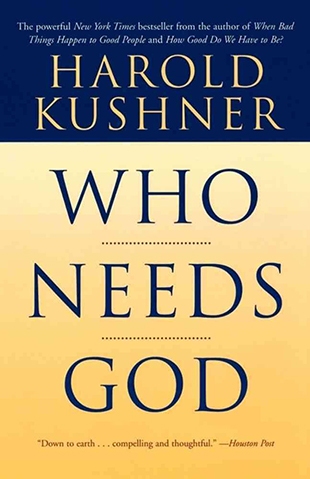