By Neale Donald Walsch
Why the poverty of millions of people is a spiritual issue that must be addressed.

[Walsch:] "Duane Elgin, in his latest book Promise Ahead says that if we consider an income of $3 a day to be the poverty line, roughly 3.6 billion people fall below it — some 60 percent of humanity.

"By comparison, the official poverty level in the United States is approximatelly $11 a day — almost four times more than most of the people in the world subsist on. "What this means," Elgin says, "is that grinding poverty and the absence of opportunity are the way of life for the majority of human beings today."

"And let's be clear what we are talking about here. We are not talking about the kind of poverty that makes it possible to buy that latest car, or to afford a computer. Elgin reports that in Russia, more than 44 million people live on less than $1 a day, in China that number is 350 million, and in India 500 million.

"It is startling to realize that in the first decade of the New Millennium, nearly 80% of Indians do not have access to electricity. And in Indonesia, "the poverty is so extreme that doctors at two clinics said that the number of patients had fallen off by half because people could no longer afford to pay the consultation fee," which was the equivalent of five cents in U.S. currency.

"Worldwide, almost 3 billion people — 50 percent of the world's population — use wood as their primary source of energy.

[God:] "From these observations it becomes clear that even today, only the smallest number of humans enjoy the largest number of benefits of humanity's evolution. You are facing a Systems crisis of the first rank.

[Walsch:] "That is putting it gently. Elgin reports that over half the people on our planet are living on an impoverished diet, without access to health care, in shantytowns without power, clean water, or fire and police protection.

"Will we or will we not take collective responsibility for the health of the human family on our planet?" Duane asks. 'How we respond to that wake-up call will be a direct measure of our maturity as an evolving species."

[God:] "If you want this situation to change, if you want to head off the collapse of the entire system that has produced such inequities, you will explore the possibility of bringing a New Spirituality to the planet sooner, rather than later. Because the problem here is spiritual. It is not economic and it is not political. And it certainly is not military.

"But you will create critical mass around the idea of changing things if, and only if, you 'get' that not to change things is creating critical mass in another direction — a direction that you may not wish to take.” 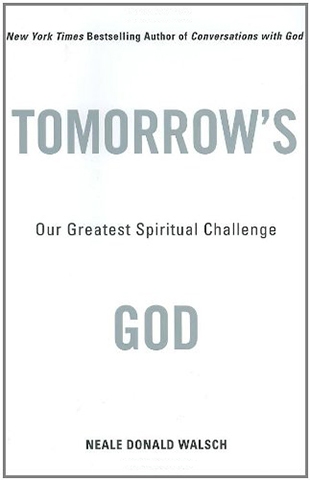