Quest for the Grail

"Good ways not to understand reality.

"In mythology there is no desire or effort to explain reality. It is, rather, an experience of reality. Most of us live too exclusively in our heads, especially those who are overeducated. Until we get the meaning, we don't know how to release ourselves to things. This betrays a lack of faith. And a hankering for control. 'I want control and I will not submit to anything I don't understand — I will not "stand under" it'.

"There was no need for the Mass to be translated into English. We could have sat there before the Latin Mass and listened to the Gregorian chant and experienced our experiences. That's pretty much the nature of universal religion. The soul meditates, it is almost like a bridge across the river between the conscious and unconscious. The soul carries the images across. It meditates between the body and the spirit.

"What we are now trying to open up is precisely that mediation point. True religion leads us to the great feelings, not the little ones. The great ones are those we would die for, the ones we would change our lives for. The great desire. The great compassion. The great anger. The great loyalty. The great communication. Those feelings come out of the great sea of the unconscious. The whole other self that we fear, and are afraid to know.

"We can't risk the invasion of our unconscious until we have a clear sense of identity, an appropriate sense of our own and others' boundaries, and some sense sacred or absolute. There are, in fact, many such immature people, who allow the invasion of the unconscious but have no ego-boundaries, no sense of their identity. They're all over the place and therefore they're nowhere. This is unfortunately the norm rather than the exception in our society today.

"The permissive society refuses to offer the young man any boundaries that say no. The market culture sees no need for the sacred when all things are merely bought and sold for a price. Cheap liberalism always avoids commitment, and therefore identity. The church, in gross overreaction, throws out a string of no's, offers the sentimental as a substitute for the scary sacred, and calls for commitment to church identity instead of faith and discipleship. It won't work.

"Old talk and the ineffable

"The second-best things are those that point toward the first best (which can't be talked about! All religion is metaphor. This is reflected in the first and second commandments. There is only one God, and don't try to carve images of this God, because all the images are metaphors, approximations at best, fingers pointing to the moon. And, as we know, we tend to fight about the fingers instead of looking at the moon. Everybody wants the one, holy, catholic, apostolic finger. Then we fight over who has the true finger. Does your finger save, or does mine? Neither. Only God names and liberates.

"So much religious idolatry happens in protecting the metaphors, as if they were the end product. We burned people at the stake because they didn't accept the right metaphor. We exclude people from the universal table fellowship Jesus proclaimed because they don't say it the way we do. When religion confuses the metaphor with the real thing, it makes the wonderful process of transformation into something mechanical. The mysterious and personal God is transmuted into a vending machine, and we are pushing the buttons.

"So we spend most of our lives talking about the third best things. The safe, containable, controllable, measurable, legalized things. Sports, weather, and what the neighbors are doing." 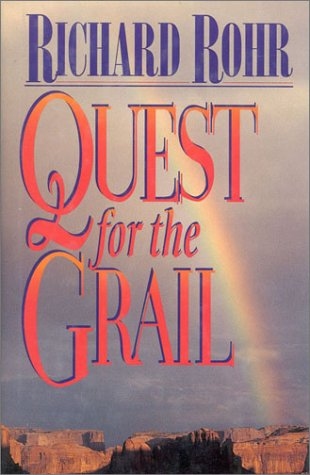