The Zen of Living and Dying A Practical Spiritual Guide

"The skull, which survives the disintegration of the flesh and sinews, is a symbol of both the impermanence of the body and the indestructibility of our Essential-nature. This seeming disparity has parallel religious and social significance. It can be seen most vividly on the Day of the Dead in Mexico. Throughout the country on November 2, calaveras ('living skeletons') rise up from their sepulchral abodes, magically called back to life for a brief day in a symbolic mingling of life and death. These whimsical memento mori can be seen merrily playing musical instruments, engaging in trades they practiced in their earthly existence, or taking part in such social activities as weddings and dances. They are striking reminders of the fleeting nature of earthly existence and the vanity of human desires. Calaveras are actually another form of meditation on death and, as such, are more personal and real since they are objectifications of departed parents or grandparents or children. They forge a link between animate and inanimate existence, thus helping to preserve the chain of continuity of the family.

"On the days leading up to the Day of the Dead, families welcome back the departed with food and drink, song and merriment. If Grandfather Jose was fond of tamales during his earthly existence, a plate of them is placed in front of his photograph on an altar set up for the occasion in his family's house. And on homemade altars in other homes, families place special cakes inscribed with the names of their departed, yellow flowers (associated with the dead), and candles — offerings made not to death but to the 'returning dead.' On the final night of the festival, Jose's family joins other families in a candlelight vigil at the local cemetery to 'light his way (and that of the other "returning dead") back' to the grave.

"These rites are a symbolic way of bringing 'alive,' if only for a few days, the loved one who is gone. As Antonio Rodriguez has written, 'So great is the faith of the Indian in this magical rite that he does not have to see the absent loved one on that day of communion between two forms of life that are so disparate in order to feel his presence. The father, mother, child, brother or sister is there in spirit, almost physically, and it is they who are being celebrated.'

"Death is teased and made to dance and merrily cavort in these calaveras. The Grim Reaper is unmasked and revealed to be a jolly fellow underneath his macabre exterior. Death is thus seen for what it is, a temporary point between what has been and what will be, and not as the black hole of oblivion. As an old Mexican refrain sings:

"Get used to dying
before death arrives,
for the dead can only live
and the living can only die.

"Mexicans from all walks of life participate in the Day of the Dead festivities to one degree or another, but in certain small towns and villages, the celebrations seem to be more widespread. It must not be supposed that Mexicans are enamored of death, or view with joy, for example, the demise of a loved one, simply because they surround themselves during these days with the symbols of death in their dance, costumes, music, and folk art. Quite the contrary, Death is given its due — as in other countries, the death of a loved one is a sad, tearful event — but death is not denied or glossed over or hidden away. In fact, the very presence of such elaborate festivities proclaims that the living still love the ever-present dead.

"Other cultures have similar celebrations, though perhaps not so vivid as the Mexican. In Japan, for example, on the Buddhist holiday of O-bon, when the spirits of the dead are said to return to their ancestral homes, similar scenes take place, usually in the villages. In Europe in the medieval period the Dance of Death served the same function, and perhaps still does in certain countries. But in the United States and Canada, Halloween, a children's festival peopled by goblins and ghosts and shorn of all religious significance, has largely supplanted All Soul's Day, the Christian equivalent of the Day of the Dead. Many churches, however, still perform services and prayers for the dead, and many people place commemorative messages and verses in the newspapers." 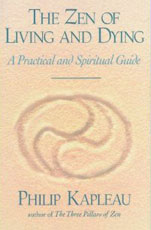