By Kazuaki Tanahashi, Peter Levitt
A parable about human carelessness and folly.

The Bear and The Child

"A long time ago, a father and his child were walking past a nearby forest. The child ran off to play among the trees and, without warning, he was attacked by a bear that bit him and scratched him with its claws. The child fled the forest in pain and ran to where his father was standing. When his father saw him, he said, 'My goodness, child, what in the world happened to you?'

"The child was still in shock, and all he could say was, 'Something with a hairy body attacked me while I was in the forest.'

"The father picked up his bow and arrows and ran to the forest to kill whatever had attacked his child. He came upon a sorcerer with long hair and uncut nails. Immediately, he strung an arrow into his bow but was stopped by another man who saw him about to shoot.

" 'Why are you going to shoot him?' the man asked. 'He doesn't hurt anyone. In fact, he's the healer people seek out to ease their pains.'

"Fools are like this. They put on a monk's robe, but if they are abused by someone they take it out on a person who has done nothing to harm them. This is like the father who was going to kill the long-haired sorcerer when, in fact, his child had been injured by a bear." 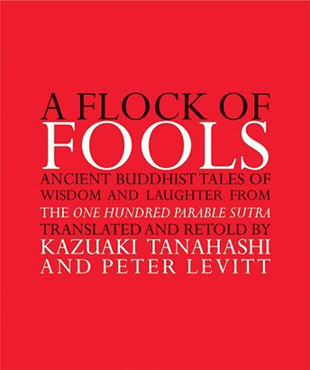