By His Holiness The Dalai Lama
True humility is revealed in willingness to take on distasteful chores.

"The great nineteenth-century Tibetan Dzokchen meditator Dza Patrul Rinpoche always maintained a demeanor of true humility. At one time, when he was giving a series of teachings to a large crowd of students, he experienced a forceful yearning for solitude. So one day he quietly left his residence and disappeared, dressed like an ordinary pilgrim and carrying a walking staff and very little else. When he reached a nomadic camp he sought shelter for a few days with one of the families. While he was staying with them, his hostess asked him to read some texts and, since he looked just like an ordinary pilgrim, in return for his food and lodging she asked him to help with the household chores, which included the disposal of the contents of her chamber pot.

"One day, while he was away from the camp attending to this task, some of his well-dressed monk students came looking for him. When his hostess heard their description of him, she suddenly realized this was the same person she had asked to throw away the contents of her chamber pot. It is said she was so embarrassed that she just ran away! Such was the humility of this great teacher, who had many thousands of students." 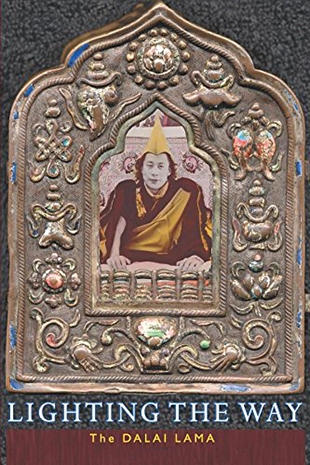