Stop the Next War Now Effective Responses to Violence and Terrorism

By Jodie Evans, Medea Benjamin
Why peace must be proclaimed and enacted as an alternative to war.

The Mind Can Be a Prison or a Door
by Susan Griffin.”

"War starts in the mind, not in the body.

"Waging war is not a primary physical need.

"Though war can cause anger and grief, or be fueled by those emotions, war is not a feeling. Nor, though war is aggressive, is it an impulse.

"War must be carefully organized.

"War is not designated by nature and it is not universal. It is instead the product of some but not all human cultures.

"To become good soldiers, men must be trained, humiliated, and taught to obey orders automatically. They must learn to ignore their own intelligence, their natural physical reactions (such as fear) and basic emotions (such as compassion).

"War arises from unfounded ideas and distorted perceptions aided by lies and silence.

"Very few wars have been judged by history as necessary for self-defense.

"To imagine peace is not nearly as sentimental as to think of war as glorious. In modern warfare, more civilians die than soldiers.

"War is not inevitable. The only thing in the universe that is inevitable is change." 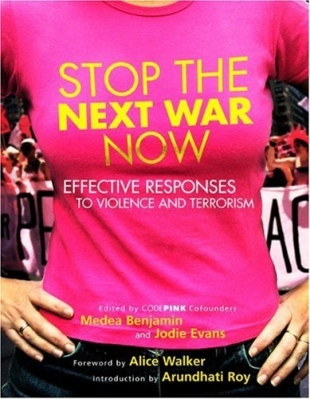