Born Again and Again Surprising Gifts of a Fundamentalist Childhood

"I was not taught to be a mystic — in fact, quite the opposite. For fundamentalists, faith was something clear and unaddled, like listening carefully in order to follow directions properly, or simply getting your facts straight. We found the answers to our questions about life in the pages of the Bible, Old and New Testaments. We believed that everyone who read the Bible without prejudice would see things exactly as we did. The Holy Spirit would make sure of it.

"But, in reality, our lives were full of mysticism. We believed that God was active inside of us — listening, speaking, guiding — creating what we called a sanctified individual conscience and will. This mystical new identity was the only safe guide to correct understanding and reliable decision-making.

"Fundamentalism shares this idea of an interior guide, or light, with other Christian denominations. In fact, the intense feeling and expression of the indwelling of Christ is a mysticism that is distinctively important for many Christians. It is spirituality that is embodied. We know it in our hearts; we feel it as surely as our deepest feelings; and we also put it into practice. Christ in the heart is sure guidance. This did not seem arbitrary to me in practice when I was a child, but I know how willy-nilly it can appear and sound to others.

"Recently, in my book publishing work, I had occasion to spend a June weekend for three consecutive years exhibiting our books at the International New Age Trade Show in Denver, Colorado. The purpose of the show is for retailers to peruse the displays of publishers and other vendors and to order goods to sell in their shops. I saw things on that exhibit floor that I never saw at other trade shows: Aroma therapy, Tarot card readings, fully-body messages. But I will always remember one conversation in particular. On this occasion, a retailer stood in front of our stand of books and, as I described each one in some detail, he would look down at something hanging from his neck, examining it closely until I stopped talking. He would then look up at me and say, 'I'll take two,' or 'I'll take one,' or 'I'll pass on that one.' I realized, after a short while, that he was examining a necklace crystal before making his decisions. At about this point in the conversation, one of the buyer's friends came up to him from the side aisle, pointed at the crystal, and said, 'I love watching you do that!' And the man replied, 'It is the only way that I can know anything for certain.'

"Similarly, my certainty as a child was based on what I was told by others but also on what I grew to feel inside. I knew that God was very close. I talked to Jesus quietly in my soul, and he whispered back, and occasionally, as in the stories of the medieval mystics, there was rhapsody, and even tears.

"These emotions of faith were never taught to me. For the most part, I lived in a simple place that was uncluttered and uncomplicated. Everything had a purpose — 'teleology,' as the philosophers say — and it all made sense without feelings and emotions. Eating was for the purpose of strengthening the soul, the temple of the body. Recreation was time for building relationships. Study — to show yourself worth. Work — duty." 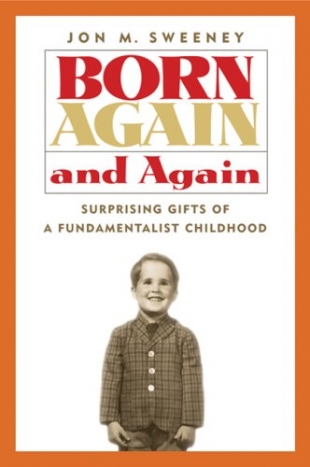