The Spiritual Quest and the Way of Yoga The Goal, the Journey and the Milestones

"It is no surprise that Sri Ramakrishna was looked upon by many people of his time as abnormal and insane. The decadent Hindu orthodoxy looked upon the spiritual visions of Sri Ramakrishna as profane while the new reformists regarded him as a mere unlettered temple priest suffering from the maladies of a monomaniac. It is said that if we do not share the insanity of our neighbors, we will be called insane. Sri Ramakrishna's intense God-intoxication appeared excessive even to the many educated people of his time. They had never experienced samadhi, or divine communion, or other subtle realities of the spiritual world. People had long forgotten the nature of a God-centered mind and its constant God-intoxication. It was therefore difficult for them to comprehend the depth and breadth of Sri Ramakrishna's new message of God-consciousness, God-realization, and harmony of faiths.

"To the old believers, God was either with form or without form. If one religion was true, the others had to be false. But Sri Ramakrishna spoke in a different vein. God, to him, was both with form and formless at the same time. He saw all religions as equally true. Spurning the limits of philosophical speculation and ridding himself of all dogmatic ideas, he could not remain confined to any sect. Controversy and endless argumentation between sects or faiths had no place in the view of Sri Ramakrishna. God is one. His unity is never limited. Immanent in the universe, God also dwells in human beings and, in essence, God and human beings are non-different. Every minute aspect of God's creation is inseparable from every other and is a manifestation of the Divine. All religious differences to Sri Ramakrishna are due to narrowness and dogmatism.

"In Sri Ramakrishna's message of spirituality, there was no sin but only error, no darkness but only absence of light. For his harmony of religions he never asked anyone to accept something new. His only requirement was sincerity of purpose — a Hindu was to be a sincere Hindu, a Christian a sincere Christian, and a Muslim a sincere Muslim. Only by being sincere to our respective faiths can we compose a real harmony of faiths. A symphony sounds perfect only when each individual note is perfectly played.

"But this gospel of catholicity and broadness was not of the customary kind, and the people of Sri Ramakrishna's time were not yet ready to receive it. It had to wait for the right moment.

THE SPIRITUAL FERMENT OF THE TIME

Sri Ramakrishna was born in 1836 and passed away in 1886. Although he spent the major part of his life just seven miles from Calcutta, then the capital of British India, few came to know about him during his lifetime. Still fewer truly realized his message. A new sectarianism — agnostic materialism — had been sweeping over India's intellectual class when Sri Ramakrishna was making his way through the lanes and bylanes of Calcutta with his non-sectarian message of unity and harmony. Many orthodox scholars were unaware of the Godman of the century even though he lived so near them. But the process of history follows its own natural course. 'Facts are stubborn things,' said the philosopher Agassiz, 'until they are connected by a general law.' Even a known fact must often wait hundreds of years before its true significance is understood. The Pharisees and Sadducees failed to comprehend Christ's great message, although they knew him well. Buddha's message met with the bitterest of denouncements from the so-called orthodox schools of thought. Sri Ramakrishna's message, too, remained undiscovered in his own time.

"A message that is destined to change history takes time to take root in the minds of people. Galileo's conclusion that the earth moves around the sun had to wait for a new generation of astronomers for it to be accepted. Einstein's theories revolutionized the study of physics, but the ushering in of that revolution required years until an inspired new generation of scientists came forward. The message of Sri Ramakrishna had to wait for a new generation of spiritual inquirers, dedicated to the great adventure of God-realization, to receive that message and boldly offer the world a sense of hope and the way to truth.

"In the history of religions, the life of Sri Ramakrishna is unique. He had no education in science; yet one can find the essential scientific spirit revealed in his life and teachings. Unlike any of his contemporaries of the orthodox school, he did not study the scriptures; yet the conclusions of the scriptures came to be verified by his own experiences and revelations. His practice of different religions was never motivated by a predetermined plan, and his universalism was not a consequence of extensive travel in far-off lands. Had he studied science, future generations would perhaps have doubted his pure devotion to universal Truth. Had he read the scriptures, they would have taken his revelations and his devotion for the Divine Mother as mere imitation. Had there been even the slightest compromise in his principles, his gospel would have lost its power and influence. Whenever his experiences were put to objective testing, they invariably proved to be true. Whenever his revelations were compared to the testimony of the scriptures, people were astonished to find they were orthodox to the core. Doubts, therefore, only burnished his image; disbelief was resolved into the vitality of his message; and the objective verification of his experiences confirmed the stainless purity of his character and genuine love of God.

"The experience of ultimate Truth made Sri Ramakrishna sensitive to the most minute psychological facts. The keenness of his observation, coupled with a power and skill of expression, made it possible for him to describe the indescribable with amazing directness and precision. It was Sri Ramakrishna who for the first time explored the vast and unknown realms of the human soul in all its dimensions. Sri Ramakrishna saw what no eye could see, heard what no ear could hear, and discovered what no mind could comprehend. In his search for Truth, he walked alone and was not understood even by the best Hindus of his time. To a world that indulged in chatter and speculation, he brought certainty of faith. Through his life, he demonstrated that God is very much real and can be realized, not through philosophy or logic but through sincerity of purpose. A prophet at home in his spiritual world, Sri Ramakrishna took up the challenge against the harsh realities of the time — the doubts and skepticism of the educated, the jealousy of the religious leaders, and the hollowness of faith of the so called faithful. The power of his message overcame all obstacles.

"Sri Ramakrishna's earthly ministration was extremely brief. He did not take up a personal mission to preach and propagate his message. He remained completely hidden from the public eye. In his silent and profound life Sri Ramakrishna combined not only the entirety of past spiritual thoughts but also the aspirations of a new future. During his time, the degeneration was great, the doubts were deep, and therefore the realizations were required to be extraordinary. There had been enough argumentation and speculation. The world needed a living example, a decisive demonstration of the spiritual truth in everyday life. No reform movement — social, political, or economic — could salvage the soul. The answer to all agnostic vagueness is the clarity of direct realization.

"In Sri Ramakrishna, there was only God. He remained intoxicated in that divine vision. His mind would dive deep in the ocean of divine consciousness to dredge more deeply the realm of bliss, and only at long intervals, out of compassion, would it return to this world of 'me' and 'mine' in order to teach others. Such God-intoxication rarely allows for preaching, for accepting a position of leadership, or taking up an active mission on earth. For an earthly ministration, one must take a step down from the state of constant God-consciousness. But the silent thoughts of great souls permeate the atmosphere. Sri Ramakrishna's powerful thoughts, simple purity, burning renunciation, and infinite heart filled the atmosphere around him with a spiritual power that transformed and uplifted all who came under its influence." 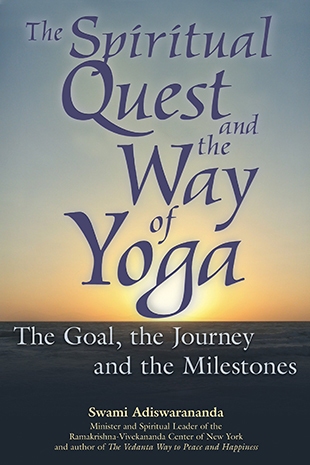