Lent Reflections and Stories on the Daily Readings

By Megan McKenna
A Jewish teaching story about devotion.

"Once upon a time there was a good and faithful rabbi. The day of Yom Kippur came, and all day the rabbi had fasted, done penance, and prayed for his people, his small congregation. That night, the holiest night of the Jewish year, they were all gathered in the synagogue praying, asking for forgiveness and mercy from God, blessed by his Name. The rabbi stood with his back to the people, wrapped tightly in his prayer shawl, and prayed. He prayed as fervently and intensely as he could. He remembered that every synagogue around the world gathered the Jews together on this day and all their prayers were ascending to God, the Holy One.

"As he prayed, he begged God for some sign that his prayer on behalf of his people was heard. As soon as he thought it and prayed, he was taken aback. Why should the Holy One respond to such a prayer, when there were probably many others, hoping for the same thing? And yet, almost instantaneously, he was given an answer to his prayers. For such a moment he heard the voice of God, clear and ringing out like a bell: 'Have Tam offer your prayers to me, and I will graciously accept all of you back into my heart, forgiving all things and showering my mercy upon you.' And then, just as surely the light, the sense, the sound, was gone. The rabbi stood with his back to the people praying still, and he was alone.

"Then he turned and came toward the people. Instead of praying the prayer of intercessions as the ritual demanded, he called out: 'Tam! Tam! Where is Tam?' He knew what everyone was thinking — he had been thinking it himself for seconds before. Why Tam? Tam was hardly ever in the synagogue. He was poor, unlettered, and worked so hard that he often missed services. Oh, he was a good-hearted enough soul, but he certainly hadn't amounted to much in the community. The rabbi didn't even know exactly what Tam did for a living. The people were stunned, shocked.

"And poor Tam, who was in fact in the synagogue on this holy night, was equally stunned. He was paralyzed and could not move. Why did the rabbi call out his name instead of praying? What terrible thing was about to be visited upon him? But others in the synagogue recognized him, and the rabbi gestured to them to carry Tam forward to the front of the synagogue. Tam stood, silent, with head bowed before the rabbi.

"The rabbi spoke loudly and directly to Tam. 'I have been praying for mercy and forgiveness for all of us on this night and I have been clearly told by God, blessed be his Name, that we all will be forgiven and taken back into the heart of God if you pray for us, if you give your prayer to God on our behalf.'

"Tam was speechless. How could he pray? He could not even read the service, the prayers in the book. But the rabbi was insistent. God would only take the community back into his heart and give them a year of blessing, grace, and mercy if Tam prayed for them. He had to pray for them! Finally, Tam agreed. But he looked at the rabbi and said: 'I have to go get my prayers.'

"What? The rabbi thought. You have to go get your prayers? 'Then go,' he said.

"Tam ran down the aisle, pushing people aside. Everyone was in confusion and disarray. But Tam did not live far, just down a side street away from the synagogue's back door. He was back in no time.

"Once again there was tumult in the synagogue as Tam returned to the front to stand beside the rabbi and pray on behalf of the community. He stood before them all, and in his hands was a large earthen pitcher. He lifted it high, turned his back on the people, and addressed God. 'O Holy One, you know I am not good at praying, but I bring you all I have. This pitcher holds my tears. Late at night, even when I am tired, I sit and try to pray to you. And then I think of my poor wife and children and the fact that they have no clean clothes to wear to service and are ashamed to come to the synagogue, and I cry. And then I think of all the hungry ones, the beggars on the steps of the synagogue and in the streets, in the cold and rain, miserable and so alone, and I cry some more. And then, God, I think of what we do to each other. I think of all the gossip and hate, all the quarrels and wars, and I think of you crying, God, of you looking down on us hurting one another so, and I know that you weep for us always. God, I cry for you and how we must break your heart and sadden you so. Please, take my tears, accept my prayers, and take all of us back into your heart once again. Give us a blessing and forgive us in your great mercy and kindness.'

"And Tam took the pitcher and poured his tears over the floor of the synagogue. There was a long silence, and then the rabbi spoke haltingly: 'God has heard Tam, and we are forgiven. We are once again the people of God. Let us live this year with grateful hearts.'

"The people sang, but they left the synagogue quietly. They vowed never to forget Tam's prayer or his pitcher of tears and to make sure there would be less to cry over in the years to come. They looked at Tam and his family differently, and their neighbors too. Some even reconciled with their enemies. But they all went home thinking of the tears of God." 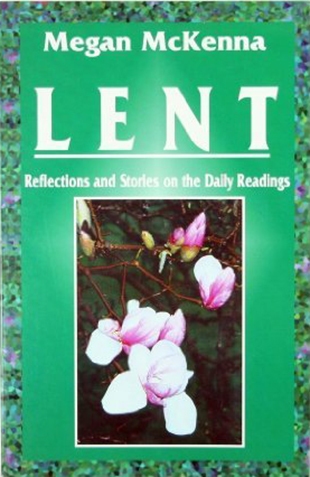